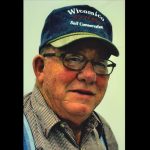 He was born January 2, 1935 in Salisbury, a son of the late Oliver and Rosa Tingle.

Albert was a proud lifelong Wicomico Countian being raised and living in Parsonsburg. He was a self-employed carpenter at North Park Gardens in Salisbury for many years and the Eden Roc Motel in Ocean City. He owned rental homes until he was 65 years old. His words of advice to live by were, “Be good, go to church and do good in life. Take care of your family.”

Throughout his life, Albert, a man with a quick wit and the kindest soul, felt volunteering was important, spending many hours serving his God through his church and coaching youth football and baseball. He had a passion for the Salisbury Gun Club and loved writing articles for the club to memorialize events. He was very involved in the gun club’s youth gun safety program. Known as an expert skeet shooter, he was also an avid 4-H Club supporter. He served in a variety of capacities for his Bethel United Methodist Church including Sunday School Supervisor and Lay Speaker.

Albert was a true and classic Eastern Shoreman, loving to hunt, fish, working in his shop and around his property farming and always enjoying the outdoors. He raised show chickens for many years to display during the local county fairs including the Somerset County Fair, of which he was a member of the Board of Directors. In 2012, the fair book was dedicated in his honor for his decades of service and contributions.

Albert and Ellen together operated a guided whitetail and sika deer hunting lodge in Elliotts Island. He also enjoyed his many years of playing baseball and softball as a youth and into his early adulthood. He loved the Baltimore Colts until they moved, as well as the Orioles. He left behind a collection of poems and songs for his family to enjoy.

In addition to his parents, Albert was predeceased by his wife of 50 years, Ellen Wallace Tingle, who passed away Sept. 16, 2020. Also preceding him in death were his brother, Robert Lee Tingle, and a son-in-law, Bradley Blose.

A visitation for family and friends will be held on Friday, July 2, 2021 from 9-10 a.m. at Short Funeral Home in Delmar. Funeral services will begin at 10 a.m., followed by interment in Bethel Cemetery in Parsonsburg.

Memorial contributions may be made be made in his memory to Bethel United Methodist Church at 31810 Old Ocean City Road, Salisbury, Md. 21804 or the Salisbury Gun Club, 32240 Dagsboro Road, Parsonsburg, Md. 21849.

Arrangements are in the care of Short Funeral Home in Delmar.  Online condolences may be sent to the family by visiting www.shortfh.com. 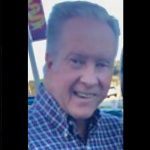 Born in Wilmington, Del. he was the son of the late Robert and Elizabeth (Baltrush) Dickerson. He was preceded in death by his wife Jayne Ellen Powell Dickerson in 2017. He is survived by his son, Michael C. Dickerson and his wife Judy of Tampa, Fla. Also surviving are his sisters, Nancy Cutrona and her husband Sam and Linda Troxler and her husband Larry, brother-in-law Dick Powell, and several nieces and nephews.

Michael graduated from PS Dupont High School in 1964. Following high school, he obtained a business degree from Goldey-Beacom College in Wilmington, Del. in 1966.  Michael then made the decision to move to Ocean City in the early 70’s. Michael worked in several businesses in Ocean City over the years and in the late 70’s met the love of his life, Jayne. Together they were operators/owners of Ocean Plaza Tees, which had locations at Ocean Plaza Mall on 94th St., Division St. on the Boardwalk and Bethany Beach. He was a member of St. Luke Catholic Church in Ocean City and was a patron of Worcester Preparatory School in Berlin. He was a fan of all Notre Dame athletics, loved music, especially Elvis, and danced on American Bandstand.

Michael was truly a lover of life, a kind and eternally optimistic man who lived for his family. He was devoted to his wife and son, and enjoyed being a snow bird spending time with his family in Florida during the winter. A mass of Christian Burial was held on Wednesday, June 23 at St. Luke Catholic Church, 100th Street and Coastal Highway in Ocean City. Very Rev. Paul Jennings officiated. A donation in his memory may be made to: St. Jude Children’s Research Hospital, 501 St. Jude Place, Memphis, Tenn., 38105. Letters of condolence may be sent via www.burbagefuneralhome.com

Born in Norristown, Pa., she was the daughter of the late Thomas and Mabel (Snyder) Carras. She was preceded in death by her husband, Austin Benjamin Hevner in 2003. 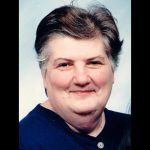 Mrs. Carras had worked for Trimper’s Rides for 20 years. She attended St. John Neumann Catholic Church. She also enjoyed playing Bingo and the slot machines. Most of all she loved spending time with her family.

Cremation followed her death. A celebration of life will be held at the American Legion Post #166, 24th Street, Ocean City, on June 27 from 1-4 p.m. A donation in her memory may be made to The America Cancer Society, 1315 Mt. Hermon Rd., Salisbury, Md. 21804. Letters of condolence may be sent via www.burbagefuneralhome.com.

CATONSVILLE — Joseph Carl Dukehart of Catonsville passed away on April 20, 2020.

He was the beloved husband of the late Mary Patricia Dukehart and caring father of Mary Ann, Dr. Peter J., Stephen C., Andrew G., and Dr. Matthew R. Dukehart: cherished grandfather of eight grandchildren; and two great-grandchildren. He was predeceased by his sister, Betty Quinn, and brother, Reverend CH Dukehart.

Relatives and friends are invited to visit at the Our Lady of Angels Chapel at Charlestown Retirement Community, 715 Maiden Choice Lane, Catonsville, Md. 21228 on Friday, July 9, 2021, 9:30-10 a.m. where a Mass of Christian Burial will follow at 10 a.m. Burial with Military Honors will follow at Garrison Forest Veterans Cemetery.

How loss, on and off the field, led Rule 5 pick Tyler Wells to the back of the Orioles bullpen