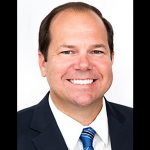 Born in Salisbury, he was the son of the late Wallace S. Cropper, Jr. and Catherine “Diane” Casper Cropper. He is survived by his wife, Bess Cropper, and children, Eric Cropper, Jr., Grace Cropper and Sara Cropper all of Bishopville. Also surviving are his brothers, Greg Pepper of North Carolina and Wallace S. Cropper, III of Berlin; sisters, Melinda Cropper of Berlin, and Kelly Joy of Florida; and several nieces, nephews, sisters-in-law and brothers-in-law.

Mr. Cropper was a Class of 1990 graduate of Stephen Decatur High School and a 2002 graduate of Wilmington College. He was employed as a real estate agent with NAI Coastal in Salisbury. Mr. Cropper was currently serving as president of the Board of Education for Worcester County. He was a fifth-generation member of Taylorville United Methodist Church.

With a servant’s heart, Mr. Cropper devoted his life to caring for others, and was a member of many civic organizations including Evergreen Masonic Lodge #153 AF & AM. A devoted husband and father, he enjoyed fishing with his son Eric, Jr., going to his baseball games and attending his daughter’s dance competitions.

In lieu of flowers, a donation may be made to Worcester County Education Foundation, P.O. Box 32, Berlin, Md. 21811. Letters of condolence may be sent via www.burbagefuneralhome.com.

Letters of condolence may be sent to the family via www.burbagefuneralhome.com 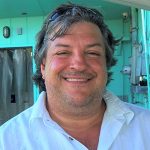 He is survived by his wife, Lynne Sweezy Snyder; four daughters, Kelsey Snyder, Karley Snyder, Lydia Kappelmeier and Adrianne Snyder; and one son, Andrew Kappelmeier. Also surviving are his parents. Thomas Snyder and Eloise (William) Vollmer; his sister Bernice (Andrew) Scott; his niece, Avery Scott; and many other extended family and friends.

Rodney was born in Hershey, Pa. and was raised on the Eastern Shore, as he loved to tell everyone that “I’ve been here all my life.” He graduated from Stephen Decatur High School in 1984 and worked for many years as a waterman and in home construction, roofing and painting. He was an avid fisherman and recently enjoyed many boating excursions with his family catching flounder and rockfish. He was a man of faith, a dedicated husband and father, and was always there for his family, driving the kids to and from school and after-school activities and Ocean City for work and play. He also loved spending time with his two poodles, Phoebe and Maggie. He took care of everyone, loved his family, and had a personality larger than life. He will be loved and remembered always, and we look forward to seeing him again, one day in heaven.

A memorial service will be held on Aug. 7, 2021, at Faith Baptist Church at 519 South Main Street in Berlin, at 11 a.m. In lieu of flowers, memorials may be given to his youngest daughter, Adrianne, through the Adrianne Joliette Snyder Scholarship Fund in care of PNC Bank, 11045 Racetrack Road, Ocean Pines, Md. 21811 or any other PNC Bank.

Arrangements are in the care of The Burbage Funeral Home. Condolences may be sent to the family via www.burbagefuneralhome.com. 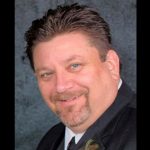 Born in Brooklyn, N.Y. he is the son of Charles and Frances Engel. He is survived by his father Charles Engel and stepmother Mary Engel of Deer Park, N.Y.; daughter Kaitlin Zobenica and son-in-Law Josh Zobenica and his grandson Jase Zobenica of Berlin; his son Kevin Engel of Las Vegas, Nev.; and sister Florance Angelo, brother-in-law Rob Angelo and niece Samantha Angelo of Centereach, N.Y.
Mr. Engel was a graduate of Sachem High School North in Lake Ronkonkoma, N.Y. He had been employed as a route manager with Pepsi Cola, Coca Cola and Utz Chips for many years up until he retired. Michael was an avid New York baseball, hockey and football fan all his life. The Mets, Islanders and Jets were his beloved teams. He had been a coach with Berlin Little League for many years where he was able to coach his children.

Michael’s most memorable times were played in his front yard where he had built a Wiffle ball field for his son, daughter and all their childhood friends. Toward the end of his life when he wasn’t spending time with his family or best friend, Matthew Bunting, he could be found spending his time volunteering at the Worcester County Center for Aging in Snow Hill. He will be greatly missed.

In lieu of flowers donations may be made at https://gofund.me/be4bc456