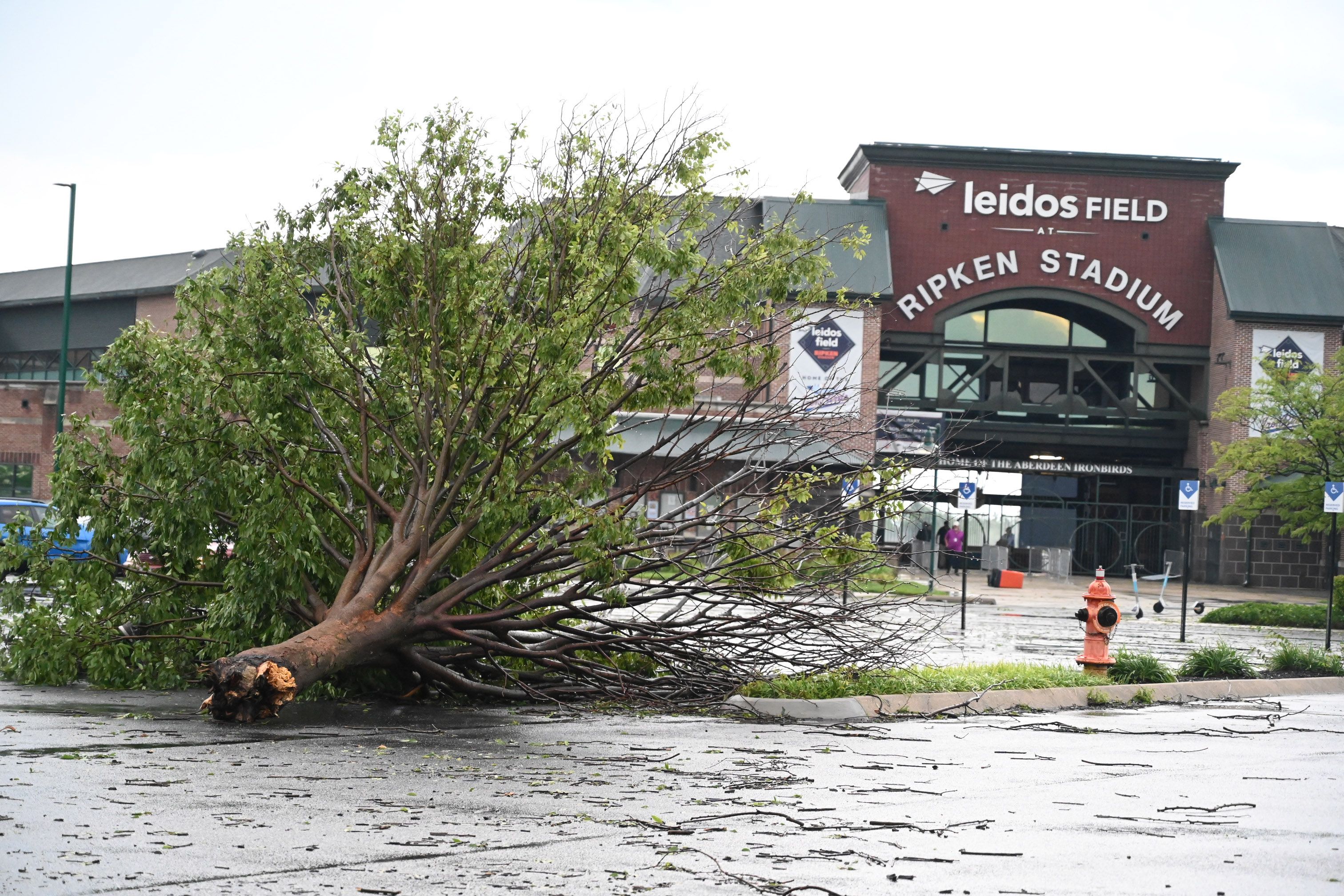 One of the Orioles’ most prized prospects, Heston Kjerstad, was set to make his High-A debut Tuesday evening, but — like much of his professional career — it’s been delayed.

A severe thunderstorm warning was issued Tuesday afternoon for several counties in Maryland, including Harford, lasting until 10 p.m., and by 5:30 p.m. the storms had damaged Ripken Stadium.

The IronBirds had been scheduled to host the Jersey Shore BlueClaws at 7:05 p.m., but the game was “postponed due to extreme weather,” per the IronBirds. The team’s home game Wednesday was still scheduled, as of Tuesday evening.

At least two trees, sheared from their base, laid flat in the parking lot outside Ripken Stadium, and a photo posted to Twitter by MASN’s Paul Mancano showed hail on the field and a bent fence in right field.

Elsewhere in Harford County, there were downed power lines and trees blocking at least one road and traffic lights that were not working.

“Damaging wind gusts and large hail are the primary threats. An isolated tornado is also possible,” the National Weather Service’s warning stated earlier in the day.

Kjerstad, 23, was drafted No. 2 overall by the Orioles in 2020 but the heart condition myocarditis and a left hamstring strain delayed his professional debut. He hit .463 in 22 games with the Low-A Delmarva Shorebirds and was promoted to High-A on Monday.