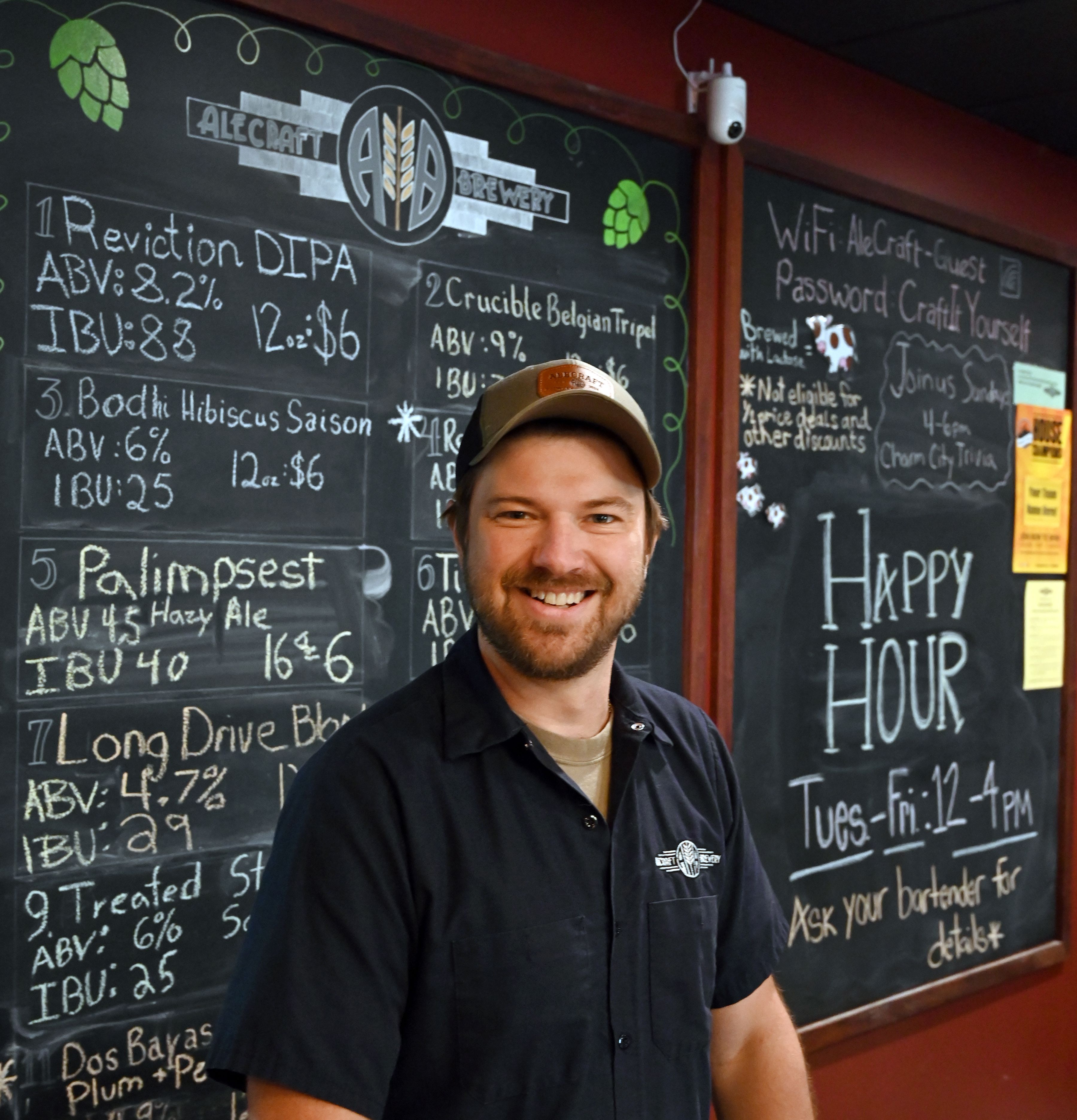 A rendering from Manns Woodward Studios shows what AleCraft Brewing’s proposed operation in Pennsylvania would look like. The owners of AleCraft, in Bel Air, announced they would relocate its hop operation and open a brewery in Railroad borough in York County rather than expand in Harford County because of a moratorium on new farm breweries passed by the county council and proposed regulations for such businesses that would be among the most strict in Maryland. (Courtesy AleCraft Brewery)