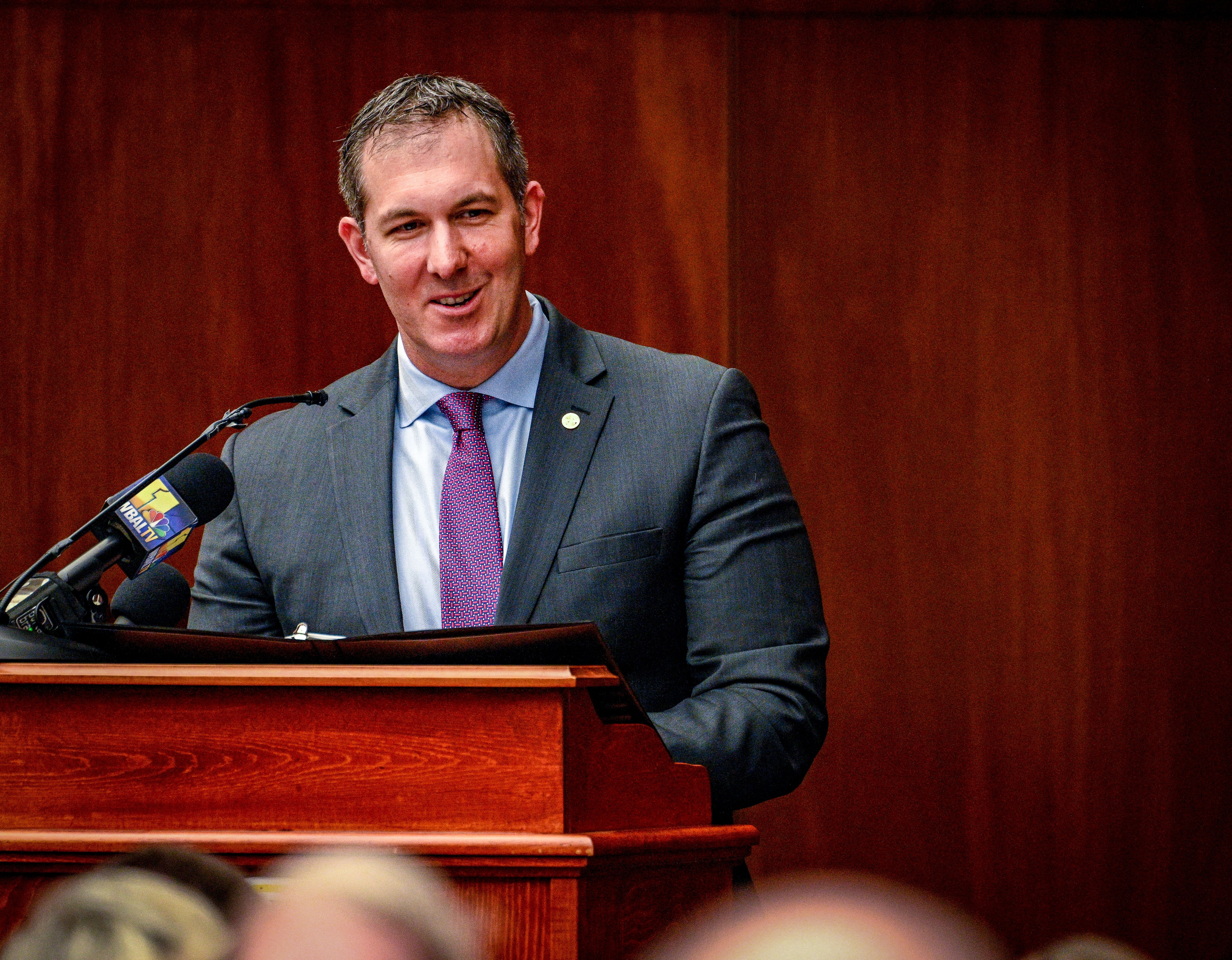 Baltimore County Executive Johnny Olszweski Jr. this week announced personnel changes in his administration, including the departure of a top aide.

Deputy Administrative Officer Drew Vetter’s last day with county government will be Friday, Olszewski’s office said in an announcement Tuesday. He was one of Olszewski’s first hires after the Democratic county executive was elected in 2018.

Before joining the Olszewski administration, Vetter directed former Baltimore Mayor Catherine Pugh’s Office of Criminal Justice. He previously served as chief of staff and director of government affairs for the city police department.

Taking over as the new deputy administrative officer will be Rebecca Young, who is executive director of Baltimore’s Environmental Control Board and a former city prosecutor.

Formerly Rebecca Woods, she grew up in Dundalk and will oversee the county’s public safety agencies. Her salary will be $180,000, county officials said.

Olszewski named Sevetra Peoples-Brown as interim chief diversity, equity and inclusion officer after the departure of Troy Williams. Since 2019, she has served as special assistant to County Administrative Officer Stacy Rodgers and has been “intimately involved with all aspects of the day to day management of county business,” county officials said in the announcement.

Williams left county government to take a position as chief equity officer for the city of Arlington, Texas.

Olszweski’s office didn’t say where Vetter, whose county salary is more than $202,000, is going next.

Reached by email, Vetter told The Baltimore Sun he plans to announce his next move later this summer.