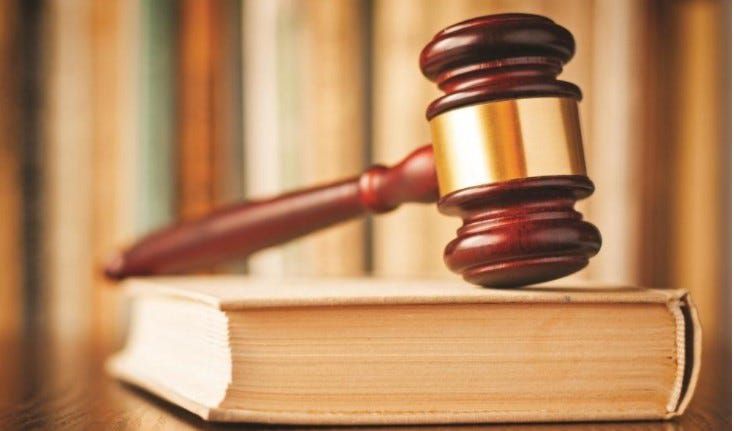 A federal judge sentenced a Baltimore man Monday to 12 years in federal prison with five years of supervised probation for a series of armed robberies in Baltimore City, Baltimore County and Anne Arundel County from 2018 to 2019.

Marquis Moore, 35, pleaded guilty to participating in at least 10 armed robberies, nine of which were conducted with two co-defendants, Milek Rankin, 29 and Dontrell Glover, 30, both of whom are from Baltimore. The men used handguns to rob fast-food restaurants, video game stores, cellphone stores and discount stores in the region.

The FBI and Baltimore County Police previously said in 2019 that the men had robbed at least 76 different stores from November 2018 to March 2019, when they were arrested. The trio stole at least $15,500 and other items. They targeted shops such as GameStop and fast-food restaurants such as McDonald’s and Burger King, court records show.

At one point during a physical altercation with a victim during a 2019 robbery in Essex, Moore removed a magazine from his handgun and said, “You can see it’s loaded, we are not playing games, give us the damn money,” and then took money from the register, documents show. The magazine was loaded with hollow-point bullets, which expand in size and create wide wounds. Moore struck the victim with the handgun and fled with Rankin in a getaway car that Glover drove, according to the U.S. State’s Attorney’s Office for the District of Maryland.

We got slammed by a blizzard, at the beach! Ocean City Maryland