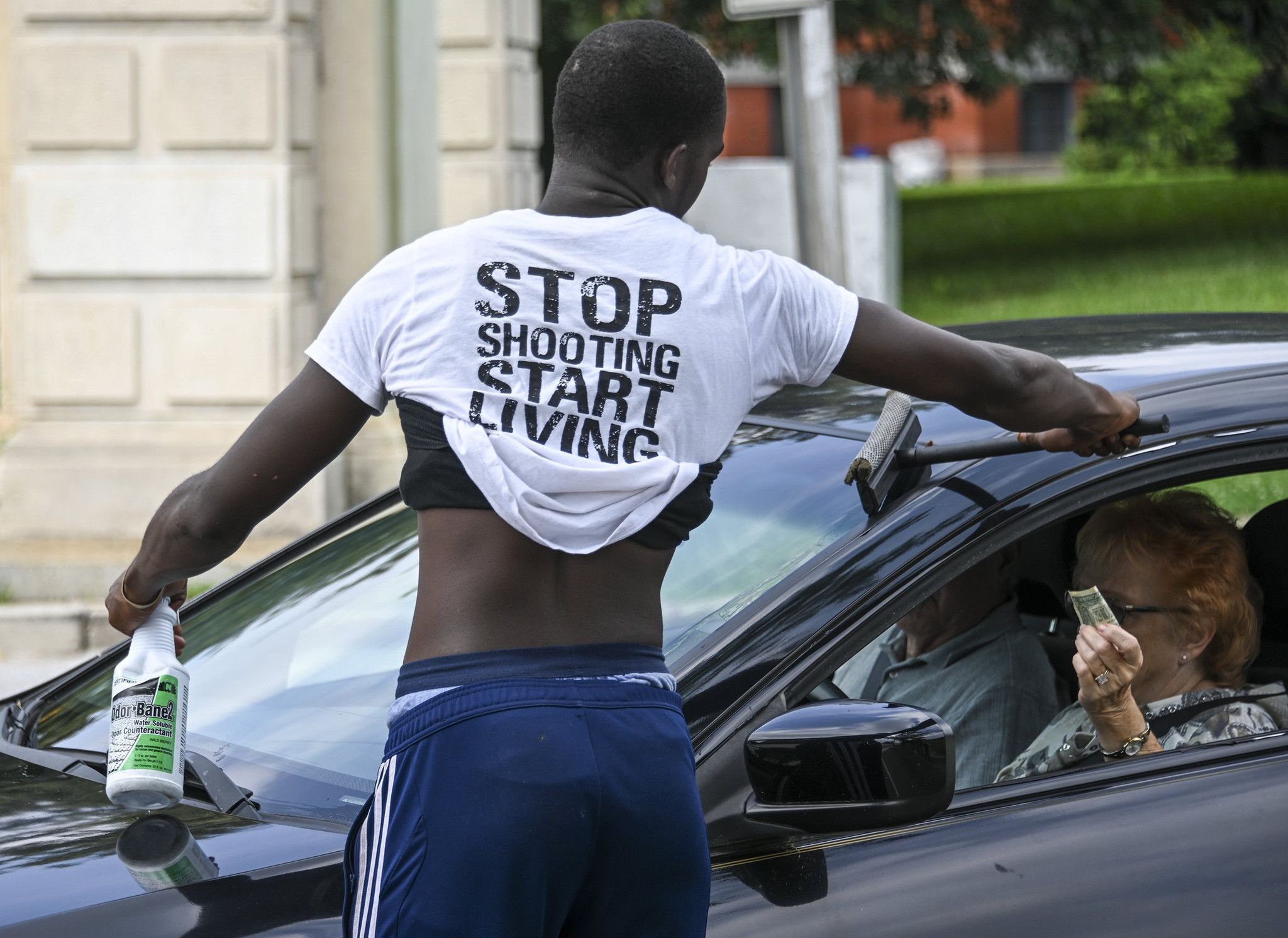 Baltimore, we have been here before. A high-profile act of violence that seems to shake the foundation of our city to the core and seemingly has the potential to destroy Baltimore all together. Fate would have it that this tragedy happened as our city and country continue to deal with a spike in violence that we have not seen since the 1990s. Adding in the potentially explosive facts that this tragedy is a result of a conflict between a white man and Black youth who squeegee, and you have the perfect storm.

In this moment, we owe it to ourselves to be mindful of the past, learn from it and not make the same mistakes, even if our emotions lead us that way. Not being given the benefit of my humanity and being seen as threatening solely because of how I look is part of what pushed me into service.

Since I started working in city government, right up through my election to the City Council and then the mayor’s office, I have been committed to putting in the work to build a better Baltimore. That work has yielded results, but I know there remains much work to do.

The tragedy that occurred on July 7 is a stark reminder of that work, and the structural racism and disinvestment that plague our city.

The Baltimore I am moving us toward is one where no one needs to stand on a corner asking for money. I envision a Baltimore where all young people — regardless of their race or ZIP code — have access to opportunities and supports that will position them for personal and career development. I see a Baltimore where young men don’t have to worry about being placed in handcuffs and cleared from public spaces because of their skin color. It didn’t matter if you were poor, working or middle class; all that mattered was that you were black. I lived in that version of Baltimore, and no one should ever have to again. In that version of Baltimore we didn’t become a safer city, and our inequities only grew. In this current moment we owe it to ourselves to do and be better.

The same day of the tragic incident among the motorist, who was shot to death, and the youth he targeted with a bat, my administration held an event at the Reginald F. Lewis Museum to help young people find alternatives to panhandling. The following day, 19 young people were offered jobs with city agencies as part of a program managed by the Mayor’s Office of Children & Family Success. This is on top of the more than 40 young people who were offered jobs earlier this year as part of the 90-Day Squeegee Action Plan we implemented to address this issue that has presented challenges for people, businesses, and city government for nearly four decades.

I want each and every young person involved in squeegee work to know that I do understand why you’re out there, but I am proof that you don’t have to be out there.

Right now, we need more collaboration and fewer calls for “clearing the corners.” We need for everyone who lives or works in Baltimore to see the role they can play in identifying and implementing solutions, not pointing fingers or washing their hands of this city and its people.

We need for all sectors — government, business and community organizations — to come to the table and commit to doing whatever they can to help our young people see that the best and most sustainable way to earn income is through dependable employment, not spending a few hours hoping to get paid quick.

These are long-standing, systemic problems that have made far too many people feel like their only options have been to resort to panhandling. This is where we have all failed generations of Baltimoreans, and it is now where I say: Enough is enough. I am calling on business and community leaders to join my administration in identifying ways in which we can work together to help our city’s young people have hope for their future by giving them very real options in their present.

I want each and every young person involved in squeegee work to know that I do understand why you’re out there, but I am proof that you don’t have to be out there. Just as I am calling for adults in our city to step up and provide support for you, I am asking you to understand that you do have the power to determine your destiny. If you want more for yourself and your family, you can have it if you work for it. A squeegee will only get you so far in life, but a strategy to set you up for future success comes with having a solid support system behind you — and that is what can happen if you engage with programs like the ones we have in place and the ones we look forward to developing in the near future. There are resources here for you, but you must take advantage of them.

And while I understand why some of the youth who squeegee are out there, what I’ll never understand — nor tolerate — are the individuals who become aggressive with this work. Panhandling is not a crime, but intimidating motorists, causing damage to their vehicles or threatening them is, and we will not tolerate that. For those who become aggressive, please know we will continue to enforce the laws of Baltimore and, when caught, you will be arrested for your criminal behavior.

My primary goal is to create a Baltimore where all people feel valued, safe and assured that their government is working for them. This work is not easy, but it’s absolutely attainable, and I will not rest until our mission is accomplished.

How a meeting with Orioles coaches helped unlock...