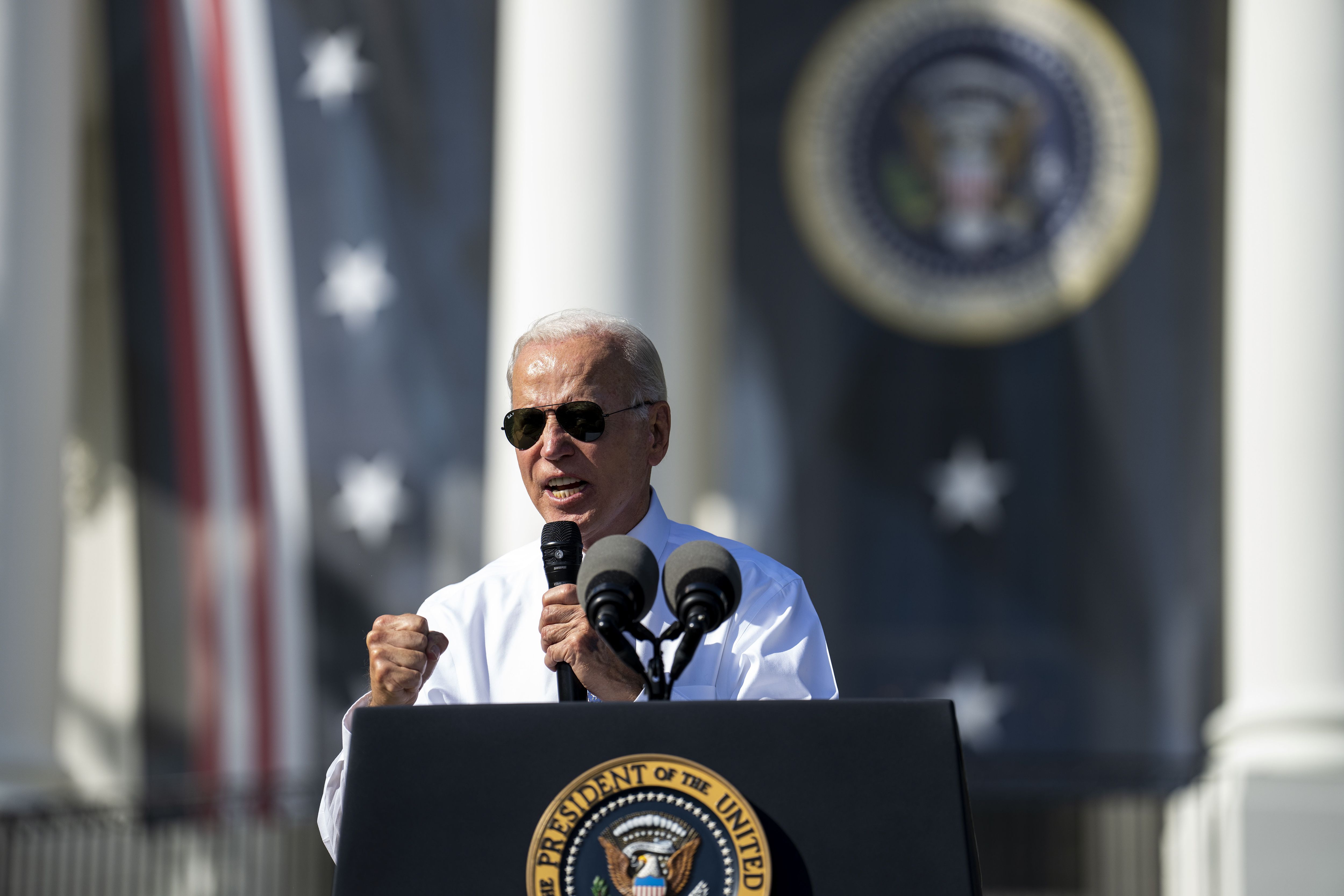 Whenever Joe Biden goes on the offensive, there are observations that he’s being combative, as if it were foreign to him, as if it were a new strategy he had only now begun to employ.

But this combative Biden in fact makes regular appearances. He is summoned when needed or forced to emerge under pressure. He is the Hulk to Biden’s Bruce Banner. You may not like him when he’s angry.

Biden presented himself as a candidate who could unify the country or at least believed that unity was worth pursuing, even as Democrats and many other Americans were angry at and exhausted by Donald Trump.

Biden often drifts back into that idealism, seemingly longing for and lost in a long-gone politics in which bipartisanship was more common and an antidemocratic opposition party was unfathomable.

But then reality resurfaces, and he is reminded that he is in a war, not just a disagreement. He is reminded — and must remind the country — that these are dire times.

Unity Joe had to give way to Combat Joe almost from the beginning.

We saw flashes of it during the second 2020 Democratic presidential debate, when he was taking fire from the wide field of other candidates, including Kamala Harris. She had created a viral moment when challenging Biden’s history on segregation and working with segregationists. In the second debate, she returned to the issue, saying: “The vice president has still failed to acknowledge that it was wrong to take the position that he took at that time.”

Biden was not cowed by her attack. In his response, he pointed to what he said was her own inaction on segregation, saying that when she was attorney general for the state of California, “there were two of the most segregated school districts in the country, in Los Angeles and in San Francisco. And she did not — I didn’t see a single, solitary time she brought a case against them to desegregate them.”

He was tangling with a Black woman on the issue of race, an issue on which he had some very real vulnerabilities, but he ably dodged and shot back.

We saw flashes of the same combative Biden during his first presidential debate with Trump, when Trump repeatedly interrupted Biden. At one point, an exasperated Biden responded, “Will you shut up, man?!”

At another point, when moderator Chris Wallace was ending a segment, Biden asked sarcastically, “That was really a productive segment, wasn’t it?” and said to Trump, “Keep yapping, man.”

Biden successfully used the chaos Trump caused during the debate against him. By chiding Trump’s intemperance in those simple, crude terms, he made him look childish and volatile.

We saw flashes of the combative Biden in his fiery speech in Philadelphia last year when he addressed the outrages of voter suppression and attacks on the totality of the electoral process, saying: “The assault on free and fair elections is just such a threat, literally. I’ve said it before: We’re facing the most significant test of our democracy since the Civil War. That’s not hyperbole. Since the Civil War. The Confederates back then never breached the Capitol as insurrectionists did on Jan. 6. I’m not saying this to alarm you; I’m saying this because you should be alarmed.”

Combat Joe appears periodically, and now is another of those periods. His strong warning against Trump and his followers — whose philosophy Biden said is a form of “semi-fascism” and poses a threat to the country — was a welcome stand, a stiffening of the spine in a time when only stiffened spines can prevail.

Yes, Biden tried to soften his latest comments and walk them back a bit in the face of criticism, but what was said could not be unsaid.

And this month, Biden returned to the vocal, public condemnation of white supremacy — part of his stump speech — after a State of the Union speech this year when he eschewed any mention of racism or white supremacy.

At a summit convened at the White House, Biden condemned white supremacy and other forms of bias, saying, according to The New York Times, He is the Hulk to Biden’s Bruce Banner. You may not like him when he’s angry.

According to the Times, Biden said, “There are those who say if we bring this up, we just divide the country.” He continued, “Bring it up, we silence it instead of remaining silent.”

As he put it, “We cannot be intimidated by those who are talking about this as somehow that we’re a bunch of wacko liberals.”

Now, saying it at a White House summit is not the same as saying it in the State of the Union, but it’s still welcome. Walking away from vociferous truth telling in the name of unity is like ignoring war in the name of peace. It solves nothing; it allows tragedy to unfold unchecked. Welcome back, Combat Joe.

Charles M. Blow (Twitter: @CharlesMBlow) is a columnist for The New York Times, where this piece originally appeared.