Home National Weather Dan Rodricks: A Maryland delegate whose time has come to go, at last

Dan Rodricks: A Maryland delegate whose time has come to go, at last 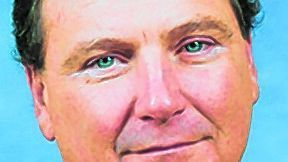 It was the late Joe Nawrozki, Sun reporter and excellent man, who provided the first glimpse of the character and impulses of Rick Impallaria, the Essex auto body shop owner who became a Republican state delegate and, just the other day, a thief, according to prosecutors.

In 2000, Nawrozki covered a controversy in eastern Baltimore County: The administration of then-County Executive Dutch Ruppersberger wanted to expand the county’s power of eminent domain to condemn some waterfront properties for redevelopment. The county had a revitalization plan that called for replacing rundown World War II-era apartments with hundreds of single-family houses and park land. Officials wanted to see spruced-up marinas and make the area a destination for boaters and people who wanted to live on the water.

But the plan caused a stink worse than the Back River treatment plant, and Impallaria became one of the loudest and most visible critics. He owned an old building on Old Eastern Avenue that would have been among those slated for condemnation, and he portrayed himself the victim of heavy-handed government.

But here’s the thing, as Nawrozki reported in March 2001: After voters shot down the plan, Impallaria offered to sell his property to the county for nearly $1 million — six times what he had paid for it about a year earlier. The county said no thanks.

Impallaria had tried to parlay his outspoken citizenship and victimhood into a nice profit. This exposed him to some criticism. When you’ve held yourself up as a blue-collar crusader against gentrification, then try to score off the effort, people suddenly question your motivations. Some accused him of hypocrisy.

Impallaria, of course, didn’t see it that way at all.

“Hey, I just wanted a piece of the action,” he told Nawrozki. “Is that wrong?”

In the hardball world of business, there’s nothing unusual about what he tried to do, and Impallaria wasn’t alone in seeing an opportunity on the east side. In fact, it’s amusing to look back on the battle of Essex-Middle River and the angry resistance to the Ruppersberger plan in light of all the redevelopment that’s taken place on that waterfront over the last 20 years.

But that bit from Impallaria — “I just wanted a piece of the action” — jumps off the page in light of what happened the other day: The Office of the State Prosecutor charged him with theft, embezzlement and misconduct. He is accused of misusing $92,800 in state funds over a decade to pay for a “district office” outside his legislative district and another $2,400 to cover campaign fundraising expenses.

It’s been a crummy July for Impallaria: First, after 20 years in the General Assembly, he lost his primary and a chance for reelection, then he got nailed with corruption charges.

There were immediate calls for the delegate’s resignation, but, remarkably, not for the first time.

A few year ago, after his campaign engaged in a sleazy, illegal and transgender-phobic robocall against another state delegate, the Maryland Republican Party called for his ouster, saying he was “unworthy of the title Delegate.”

Go back two decades, to shortly after he made a name for himself in the battle of Essex-Middle River, and you’ll see that some county Republicans wanted no part of Impallaria to begin with.

In 2002, when he first ran for the House, hoping to represent parts of Harford and Baltimore counties, Republican leaders asked Impallaria to consider withdrawing because of their concerns about his past — specifically, his criminal record.

Included among his 27 interactions with law enforcement was an incident from 1982 in which Impallaria allegedly tried to drive his car into four people, including his mother and brother, in Joppatowne. The Sun checked records and found that he had served three years of probation for the incident. Impallaria was 19 at the time, and he attributed his bad behavior to “the mistakes of my youth.”

He won elections and ended up serving five terms in the House of Delegates. The record shows a hardcore conservative railing against the usual suspects — “tax and spend Democrats,” “liberal Democrats,” and even, during the pandemic, a Republican governor whose orders, the delegate claimed, had crushed certain businesses.

Impallaria was the only member of the General Assembly to vote against the legislature’s $1 billion pandemic relief package in 2021.

He also distinguished himself by being the only member of the House to vote against censuring a Democratic delegate, also from Harford County, who had used a racial slur to describe a legislative district in Prince George’s County.

Five years ago, when word spread that a group of Muslims had arranged to have a 48-unit housing development built in Joppatowne, Impallaria and his fellow traveler, Del. Pat McDonough, got involved in the effort to stop it. Turned out, the development was not going to be “Muslim only,” and there was no plan to build a mosque, as had been rumored. But that didn’t stop what a federal judge later called “active and vile religious animus” to delay or stop the project. In the end, the homes were built and occupied.

I always wondered, given all we knew and all we reported, why people in his district kept sending Impallaria to represent them in Annapolis.

Finally, they didn’t. The winner of the primary in his redrawn district is Del. Lauren Arikan. So, come January, Impallaria will no longer have a seat in the House; he’ll be occupied with other matters, starting with keeping out of jail.

SIDEMEN THROW A DART AND GO WHERE IT LANDS