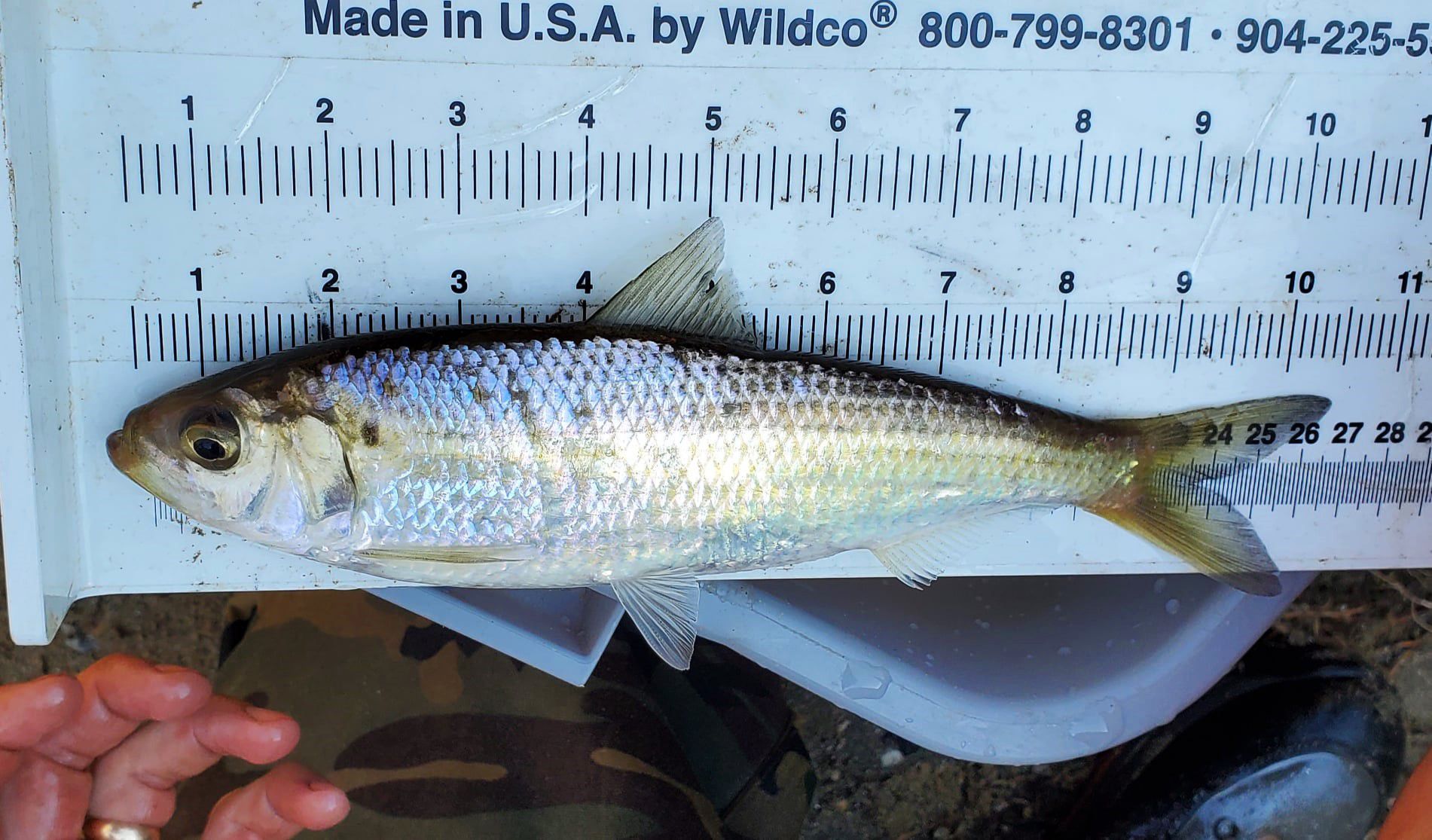 In the grand scheme of things — with a climate crisis that causes record-setting heat waves, wildfires, floods and drought — does the migratory progress of the blueback herring in the Patapsco River matter?

Does the appearance of the alewife, the herring’s cousin, in waters it has not visited in more than a century matter?

I say yes, but not because I’m an optimist.

When it comes to the climate crisis and the politics behind it, there are plenty of reasons to be anything but optimistic. The scientists keep pointing to the clock and warning us about the dangers ahead if we don’t act in a big way within the decade, but humanity’s response is still slow, hindered by global addiction to fossil fuels and politicians compromised by self-interest and their corporate backers.

But I’m going ahead with today’s report on the progress of the alewife and blueback herring because, while not optimistic, I remain resolved.

Resolved to contribute, from time to time, to an understanding of the natural world so that it’s appreciated, even cherished.

Resolved to regard climate change as a crisis and support only political leaders who act with urgency.

Resolved to reduce my carbon footprint — to take public transportation whenever possible, to make my next vehicle an electric one, to keep recycling products and not think of that as a pointless exercise.

Resolved to defend our natural resources as an informed citizen who cares about the world his children and those of others will inherit.

So yes, in the grand old meantime, the progress of the Patapsco River herring — “Obama’s herring,” and I’ll explain that term in a minute — matters. It’s a way of saying we can do a thousand things at once: We can slow the effects of climate change and, in one small corner of the planet — along a certain river near Baltimore — tinker with the natural world in a way that helps wild fish proliferate. And that would be a benefit seen and unseen.

In a sense, the tinkering already happened.

When Barack Obama was president and the nation’s economy was in recession, Democrats pushed $767 billion in stimulus funding through Congress. About $4 million of it went to “shovel ready” dam removal projects on the Patapsco River.

Dams once used to power industry along the river were no longer needed, and there was a plan in place to eliminate them. By the late summer of 2010, a demolition crew had taken down the Union Dam. The removal of the Simkins Dam followed a few months later.

In 2017, more funding from Washington and Annapolis made possible the demolition of the Bloede Dam, the last one standing between Ellicott City and the Baltimore harbor, the Chesapeake Bay and the Atlantic Ocean. The dam’s removal opened up several miles of free-flowing river to migratory fish.

But would the herring that once spawned in the Patapsco come back?

Two biologists with the Maryland Department of Natural Resources discovered a silvery alewife in a place in the Patapsco where none had been seen in more than 100 years. While conducting a survey from a raft, Jim Thompson and William Harbold found the singular fish — I named it “Obama’s herring” — about 3 miles downstream of Ellicott City and just upstream of where the Bloede Dam had been.

An amazing thing to think about: That fish had likely traveled from the Atlantic Ocean to a river bed that had not been used for spawning since before 1906, when the dam was built.

Thompson and Harbold were excited about finding silver in the Patapsco. But did the pattern hold into 2022? Did the herring come back this year?

“The herring run was good,” Harbold tells me. “We saw large numbers of blueback herring, alewife and hickory shad downstream of the former Bloede Dam and collected two alewives upstream, near Oella Avenue in Ellicott City. … These two alewives at Oella Avenue were the furthest upstream that species has been recorded since Bloede Dam came out.”

The Smithsonian Environmental Research Center helps DNR monitor the migratory fish, and Harbold says there’s an emerging consensus that a few herring and shad might already have traveled as far upstream as the Daniels Dam, located well beyond Ellicott City, past Interstate 70. There’s DNA evidence of migratory fish presence there, but scientists have not yet detected spawning.

“It would be better to see hundreds of fish stacked up and spawning at Daniels Dam,” says Harbold, “but things are trending positive regardless.”

Does any of this matter in the grand scheme of things?

River herring have been threatened by overfishing and by the loss of spawning habitat. The dam removals open up more spawning beds for them. More spawning means more herring and shad for the commercial market. The more alewives and herring, the better for the larger fish, mammals and birds that feed on them — bass, cod, haddock, tuna, seals and otters, osprey and cormorants.

And the progress of the herring serves as another testament to the resilience of nature — the power of living things to come back, with a little human tinkering, despite all historic efforts to exploit, limit or destroy them. It should affirm our resolve to save the planet.

PACK WITH ME FOR VACATION | going to florida!