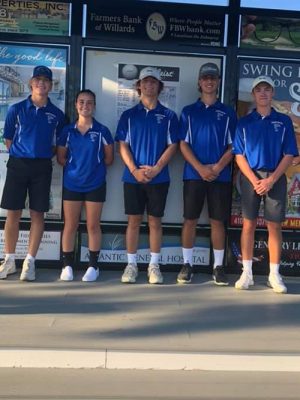 Stephen Decatur’s varsity golf team won its fourth match of the season last week on the Seaside course at the Ocean City Golf Club. The Seahawks finished with a team-low score of 179 against the field of Bayside South teams. Kole Kohut led the way with a 39 and was the medalist for the match…. Read more »

9/11 anniversary raises vivid memories for Baltimore-area athletes, coaches: ‘It kind of brought all of us to our knees’