Decision on unemployment lawsuit expected Tuesday, but federal benefits will continue until at least mid-August 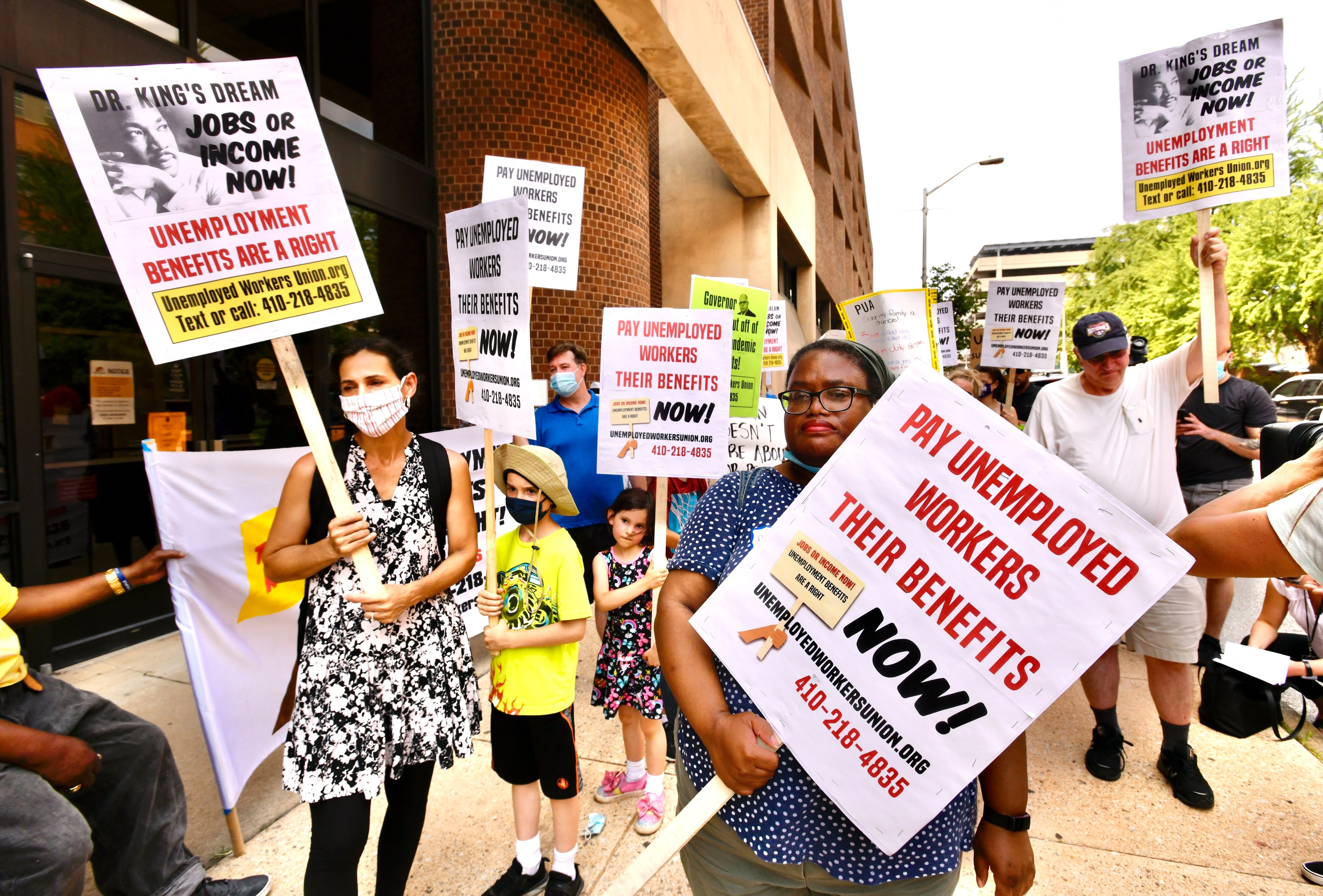 Governors in about two dozen states — almost all, like Hogan, Republicans — have cancelled those expanded benefits early, claiming that the boosted jobless aid was hurting businesses by making people more reluctant to return to work as the economy reopens. Hogan administration officials, including Robinson, testified on Monday that the governor’s decision to pull out of the unemployment programs was also driven by rising vaccination rates and concern about what they characterized as “extensive fraud” in claims.