Home National Weather Don’t get distracted by Dan Cox; Maryland boards of education are under threat from right-wing candidates, too

Don’t get distracted by Dan Cox; Maryland boards of education are under threat from right-wing candidates, too 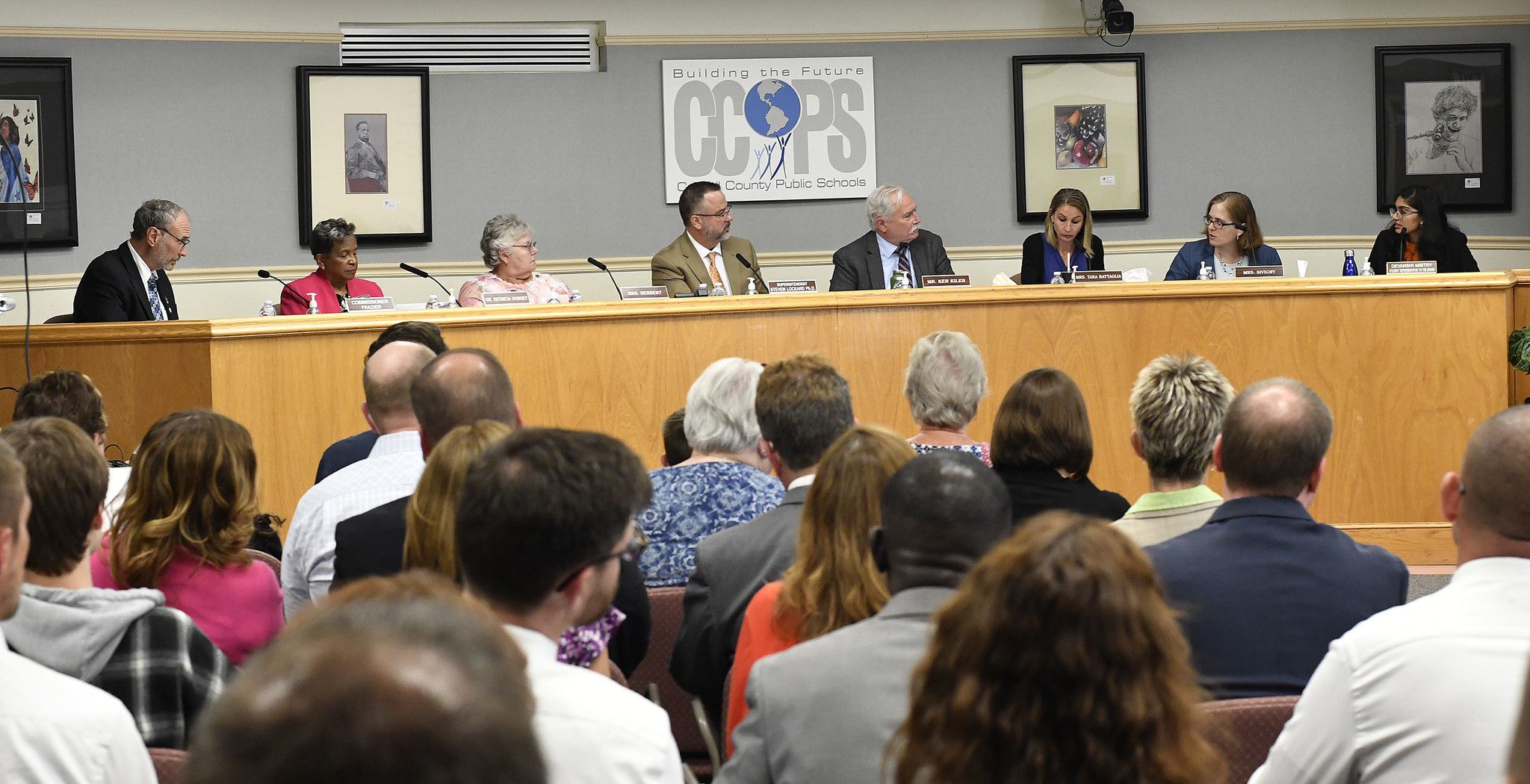 Dan Cox, the Republican Party’s primary choice to succeed Gov. Larry Hogan in Maryland, is a right-wing extremist and insurrection supporter who is understood by many across the political spectrum to be a threat to democracy. The Republican nominee for Maryland attorney general, Michael Peroutka, a pro-secession, neo-Confederate activist, is regarded similarly.

Both Mr. Cox and Mr. Peroutka must be swiftly rejected by general election voters this fall. But there are other threats just as sinister on your ballot — ones that you’re likely not to see pointed out on any TV commercials.

Across the country, and right here in Maryland, right-wing extremists are increasingly taking on our public education system, starting with infiltrating our boards of education.

In response to pressure last October, Howard County Board of Education members Christina Delmont-Small and Vicky Cutroneo made a motion to investigate LGBTQ+ literature for “pornography.” The motion failed by just one vote, but the public pressure didn’t stop. A far-right group filed police reports against the school system in an attempt to get the books banned.

Now, candidates for Howard County Board of Education are running on platforms of eschewing regular redistricting in favor of a return to “neighborhood schools,” a well-known segregationist dog whistle. Four candidates in Frederick County, running on a slate called “Education Not Indoctrination,” are seeking to ban anti-racism and LGBTQ+ inclusive curriculum, diversity training, and Critical Race Theory, which, to be clear, isn’t taught in K-12 schools.

At early voting polls in Montgomery County last month, a group calling themselves “United Against Racism in Education” handed out flyers endorsing a number of Board of Education candidates, but their main goal appears to be “fighting against the teaching of ‘Critical Race Theory,’” the Montgomery County Republican Party admits. What’s more, state Del. Vaughan Stewart points out on Twitter, the committee shares its leadership and donors with Help Save Maryland, an organization that the Southern Poverty Law Center calls “nativist extremist” and anti-immigrant.

This is extraordinarily dangerous. The actions taken by local boards of education affect residents just as profoundly as those taken by anyone in the governor’s mansion, and often in far more personal terms.

Just this summer, the Carroll County Board of Education took the devastating step of banning the display of Pride flags in schools. Think about what that means for LGBTQ+ youth, for whom the messages their educators send about their identities can mean the difference between life and death.

Then, think about what it would have meant if members of your board of education, following the right’s playbook, told parents not to vaccinate their children against COVID-19 last November, when the FDA first authorized vaccines for kids ages 5-11.

And think about it what it will mean when members of your board of education prevent students from learning about our nation’s history — from slavery and segregation to a legacy of systemic racism.

Moreover, let’s not be fooled: To extremists, seizing our education system is simply a means to an end.

In a tweet in May, former House Minority Whip, Del. Kathy Szeliga, criticized the Howard County Public School System for a Pride Week activity, reading a picture book about a transgender boy. “Teaching 4 year olds about a toddler who becomes a transgender and cross-dresser. How about teaching 4 year olds letters, numbers and colors?” she wrote, asserting: “Sure makes the case for school choice!”

If you’re a student, related to one or simply at all willing to acknowledge the critical role that our public schools play in our state and country, understand that we’re now at an inflection point. Our public schools can serve as robust mechanisms for advancing social mobility, fostering cultural enrichment and self-actualization, developing an informed and engaged citizenry, and investing in our present and future leaders. Or they can be co-opted and eradicated entirely.

Luckily, the evidence so far is hopeful. When voters know who their board of education candidates are and what they stand for, they unambiguously reject extremism.

So pay attention to your board of education elections this November — because extremism isn’t only at the top of the ballot.

Dhruvak Mirani (Twitter/Instagram: @DhruvakMirani) is an education equity activist and recent Howard County high school graduate attending the University of Maryland, College Park, in the fall. He unsuccessfully ran for the Howard County Democratic Central Committee this summer at the age of 17, the youngest candidate on the ballot in Maryland.