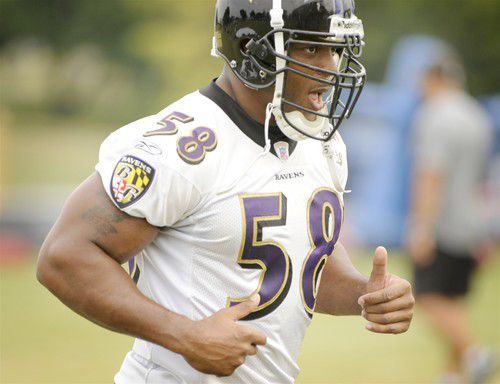 Former Washington Redskins running back Clinton Portis, watching from the sidelines during a game against the Pittsburgh Steelers at FedEx Field in Lanover in 2009, was among three former NFL players who pleaded guilty for their roles in a nationwide health care fraud scheme and could face years in prison, the U.S. Department of Justice announced Tuesday. (Greg Fiume/Getty Images)