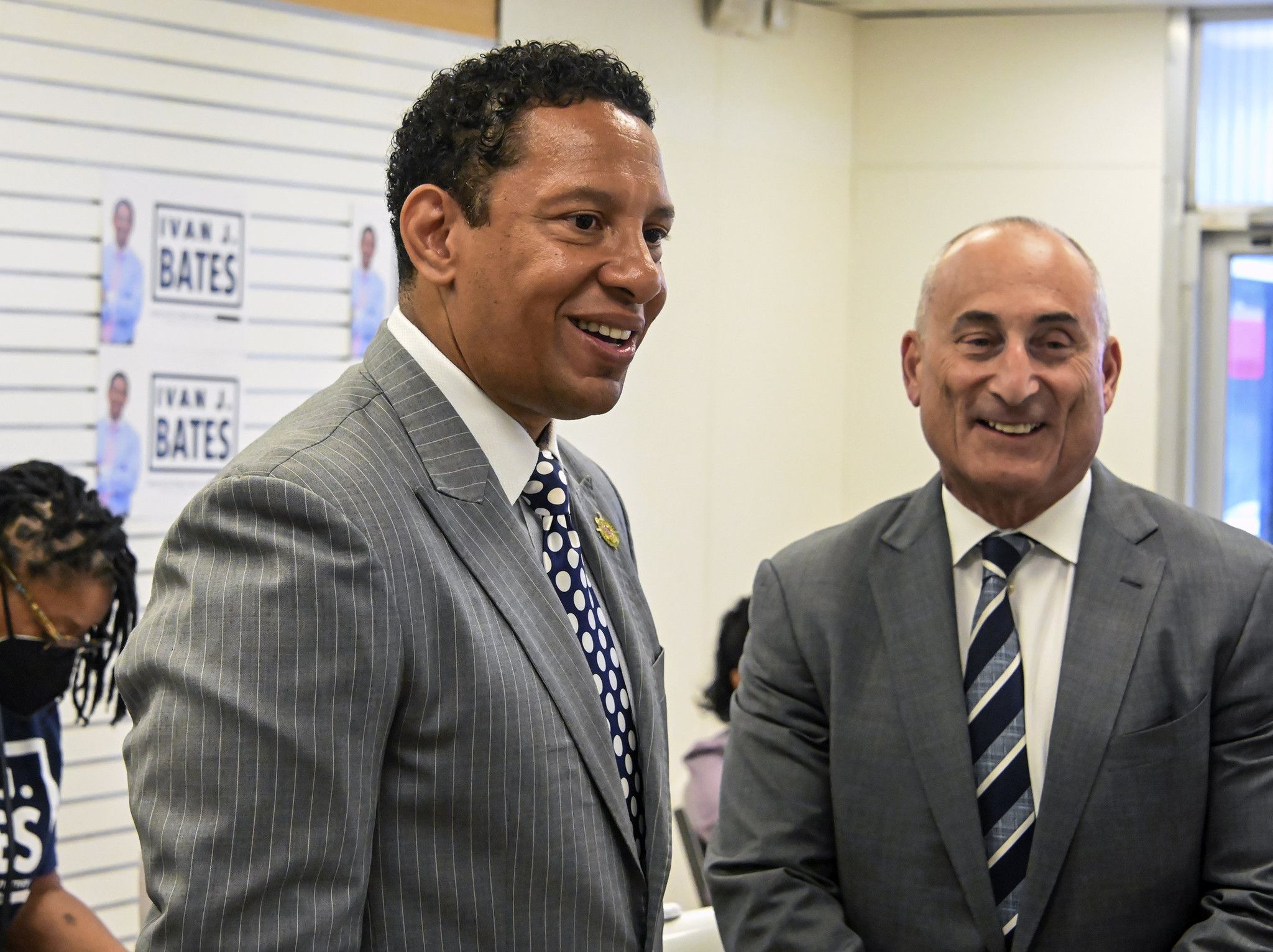 With independent candidate Roya Hanna dropping out of the Baltimore State’s Attorney’s race, Democratic primary winner Ivan Bates officially becomes the city’s next top prosecutor, with no opponents left to face in the November general election. And while it took two campaigns, four years apart, for him to win that role and unseat two-term incumbent Marilyn Mosby, we suspect Mr. Bates will find that his biggest challenges still lie ahead.

The office he inherits in January is overworked, understaffed, underexperienced and underpaid. And many employees are suffering from an acute case of low morale prompted by those conditions combined with: the city’s consistently high homicide rate, a lack of cooperation among agencies and ceaseless criticism of the current officeholder. Ms. Mosby’s progressive policies, personal ventures and legal issues have had a polarizing effect on residents and drawn intense scrutiny.

Mr. Bates, 53, an Army veteran and long-time area attorney, has asked for patience while he rebuilds the office, which is an expected and not unreasonable request. But he should know that the city’s patience with requests for patience is wearing thin when it comes to public safety. Understanding that, he must act with urgency in everything he undertakes — starting now.

He should assemble a transition team of individuals who will tell him, bluntly, what he needs to hear. And then he should task them with crafting committees and action plans to address critical-need areas, including: innovative approaches to prosecutor training; enhanced data collection and analysis; viable alternatives to prosecution for low-level offenders; violence prevention best practices; eliminating bias in the court system; and improving both victim supports and the office’s engagement with stakeholders.

Mr. Bates has rightfully noted that collaboration is key to the success of the State’s Attorney’s Office, as well as the city’s overall crime-fighting strategy. That means partnering with, among others: his employees, to make sure they understand the direction he wants to go and why; the community, to form bonds of trust necessary to build successful cases; support agencies, to give offenders the best chance at rehabilitation and a meaningful future; and law enforcement, including federal operations and the Baltimore Police Department.

While the relationship between the SAO and the BPD often has been fractured, with one blaming the other for failures in clearing the streets of violent repeat offenders, it has been particularly strained during the Mosby years. There has been high turnover among police commissioners, and the police union representing the rank-and-file has long been suspect of Ms. Mosby, going back to her first weeks in office.

In May 2015, a few months after being sworn in and celebrating her 35th birthday, Ms. Mosby announced criminal charges against six police officers in connection with the in-custody death of Freddie Gray, a young African American man. Standing on the steps of the War Memorial Building downtown, Ms. Mosby, who is Black, ended a lengthy and passionate news conference with the words: “as young people, our time is now,” which many took to mean that the deaths of Black Americans at the hands of law enforcement would no longer go unpunished. While none of the charges resulted in conviction, the speech was credited with calming a city in turmoil, and it earned Ms. Mosby a spotlight on the national stage and the distrust of the union.

Since then, communication between the police department and Ms. Mosby’s office has in many ways worsened, with the state’s attorney implementing policies that affect policing without officer input, and publicly claiming that several hundred officers had credibility issues. So we’re heartened by the “sincere congratulations” the Baltimore City Fraternal Order of Police has extended to Mr. Bates via Twitter. We hope it represents a long-term reset among police and prosecutors (and a recognition that we all should want bad cops held accountable, especially the good cops) and not just a temporary thaw that lasts until one makes a move the other doesn’t like. Baltimore cannot solve its crime issues without a joint effort.

The goal is deceptively simple: achieving justice. But time has taught us that the justice of the past, the broken windows policing of every infraction, was not, in fact, just. Nor is letting so many things slide that truly dangerous individuals feel emboldened. Now Mr. Bates has the monumental task of figuring out what justice looks like today — and implementing it equitably. We wish him well.