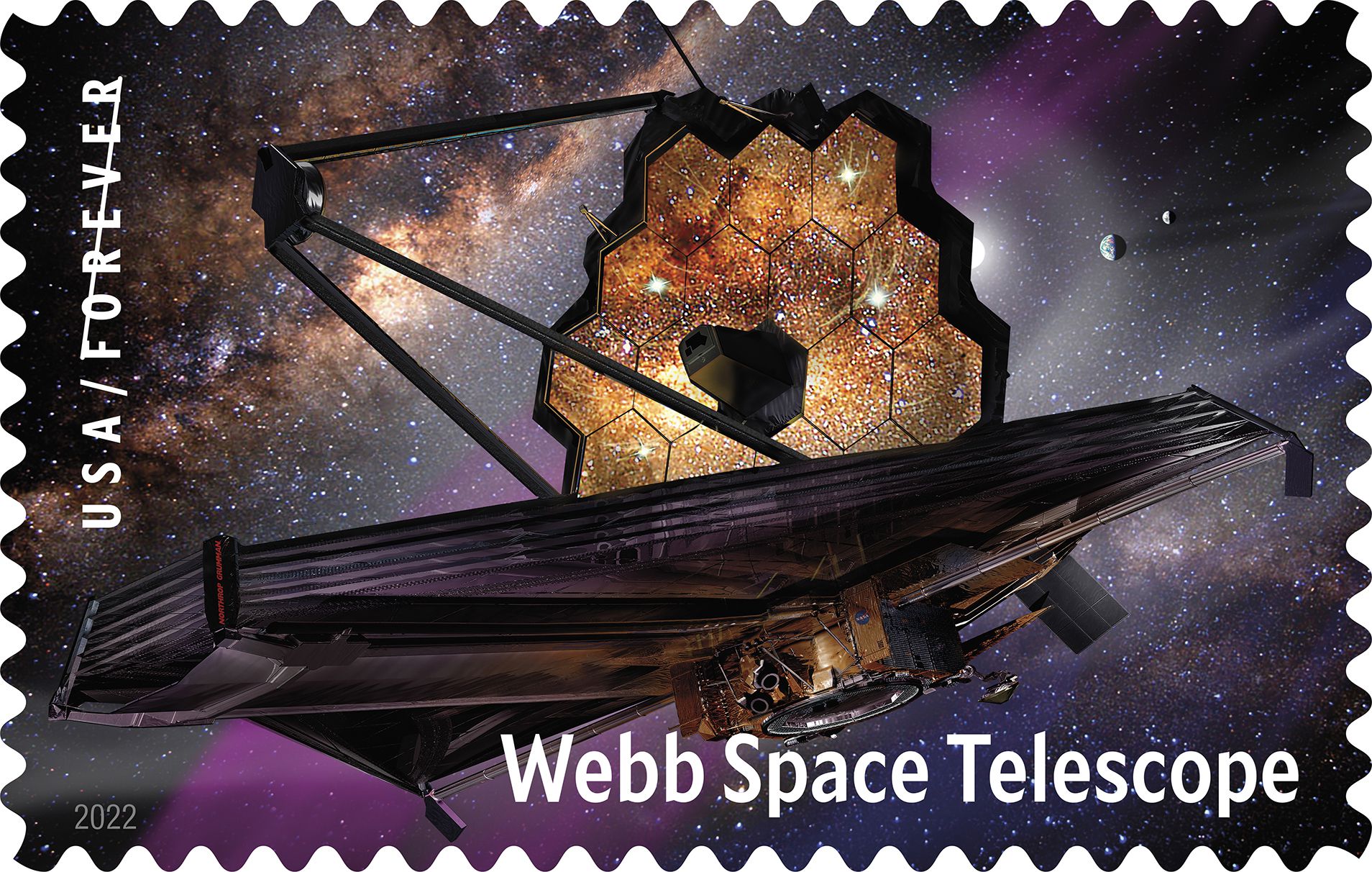 The U.S. Postal Service will release a new stamp in September celebrating the deployment of the James Webb Space Telescope.

The Forever stamp, which can be pre-ordered starting August 8, features an image of the iconic telescope and its 18 golden hexagonal mirror segments atop a starry background.

The image used for the background was taken by scientists operating the telescope at the Space Telescope Science Institute in Baltimore during its mirror alignment phase, according to the postal service.

The institute, located on the Johns Hopkins University’s campus, serves as the mission control for the telescope. Scientists there monitored Webb as it traveled into deep space and handled the deployment of all of its instruments. They will continue managing the telescope as scientists begin using it to conduct various observations of the cosmos.

Earlier this month, the institute celebrated the release of the first full-color images to come from Webb, including captures of distant nebulae and galaxies. The trove of images also included the deepest infrared image ever taken of the distant universe. The most powerful telescope ever launched into space, Webb is capable of peering 13.6 billion light years into the past, to view early forming stars and galaxies for the first time.

On Sept. 8, the Smithsonian National Postal Museum in Washington, D.C., will host a first-day-of-issue event for the new Webb stamp. It is free and open to the public.

The stamps will be sold in panels of 20 for $12 and will be available for about a year, said Jonathan Castillo, spokesman for the postal service.

As Forever stamps, they will always be equal in value to the current first-class mail 1-ounce price.

The postal service might also work with NASA on “future stamp issuances featuring the amazing images captured by the Webb Telescope,” Castillo wrote in an email.

“Due to the lead time required to develop, design, legally clear, print and distribute stamps, the Postal Service had to focus on the telescope itself at this time,” Castillo wrote. “As the telescope is a masterpiece of technology and the successful launch and deployment were a huge undertaking, we felt the telescope itself was well deserving of this honor.”