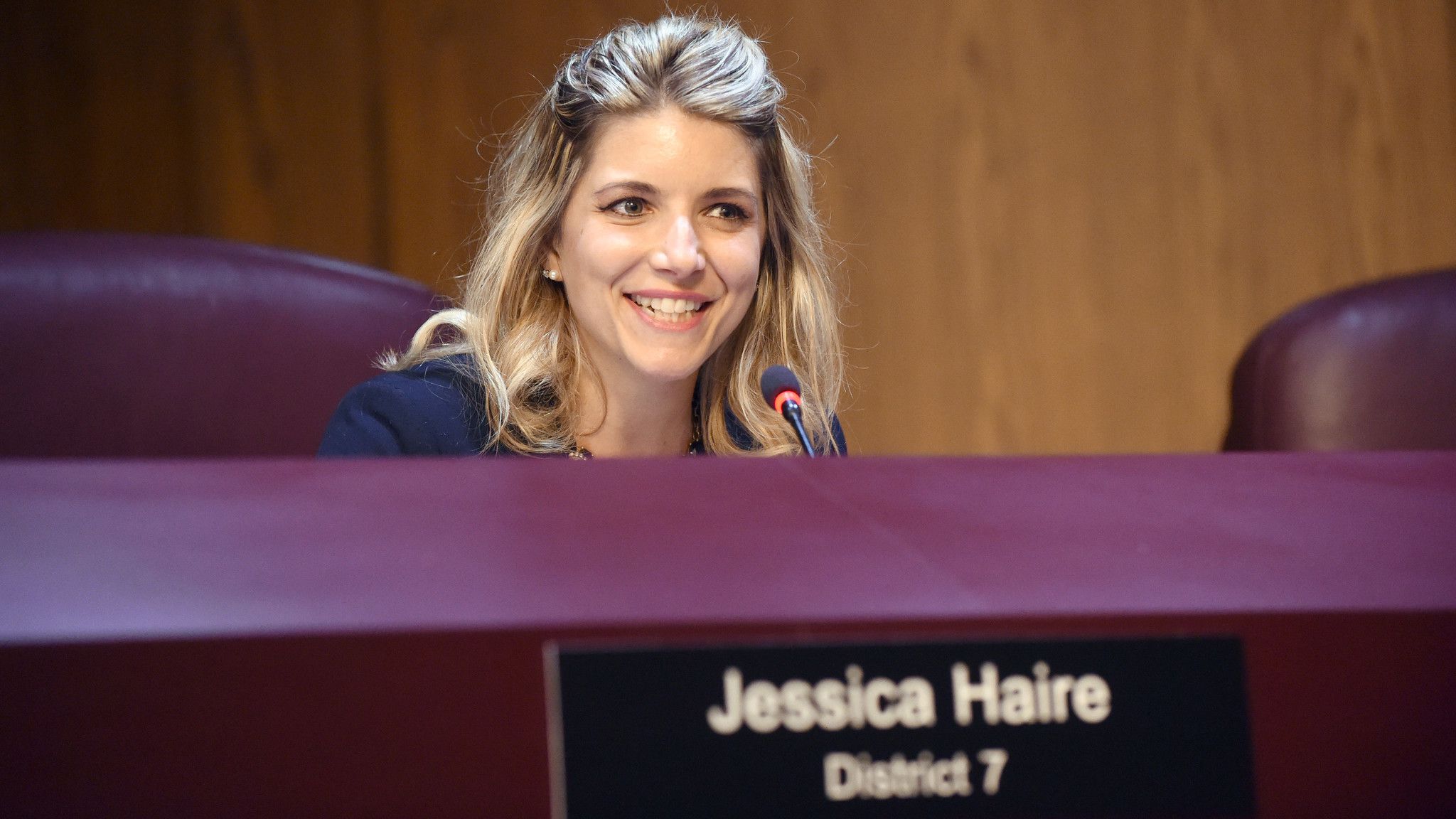 Haire received 16,358 votes (44.4%), according to unofficial Anne Arundel County Board of Elections results.

McMillan, who was Haire’s main opponent in the primary, finished with 14,292 votes (38.8%). McMillan said Friday he called Haire to congratulate her and conceded in a Friday statement, but continued to push on his main campaign themes.

”We do not concede defeat in our campaign to take back the Republican party and give the people of Anne Arundel County a government anchored in integrity, based on the principle that government exists to serve them,” McMillan said in the statement.

Haire led McMillan by about 1,400 votes entering the final canvassing session, which included about 4,700 Republican ballots. The final margin of victory was more than 2,000 votes.

In a statement Friday evening, Haire said she was “forever changed by the outpouring of support,” thanking supporters and jabbing at her next opponent, incumbent Anne Arundel County Executive Steuart Pittman. Haire will face Pittman in the general election on Nov. 8. The Democrat was unopposed in the primary.

“Over the last four years, our county has not moved forward,” Haire said in the statement.

Haire held a strong lead in fundraising over fellow Republicans throughout her campaign — garnering criticism from her opponents who noted a chunk of her campaign cash came from a Silver Spring developer which has been attempting to build a landfill in Odenton.

Shannon Leadbetter won the GOP nomination for the District 7 seat that Haire will be vacating, winning with 2,812 votes (38.9%) against competitors Dawn Pulliam, who had 2,203 votes (30.5%) and Cailey Locklair, who had 2,215 votes (30.6%). Democrat Shawn Livingston was unopposed in that race.