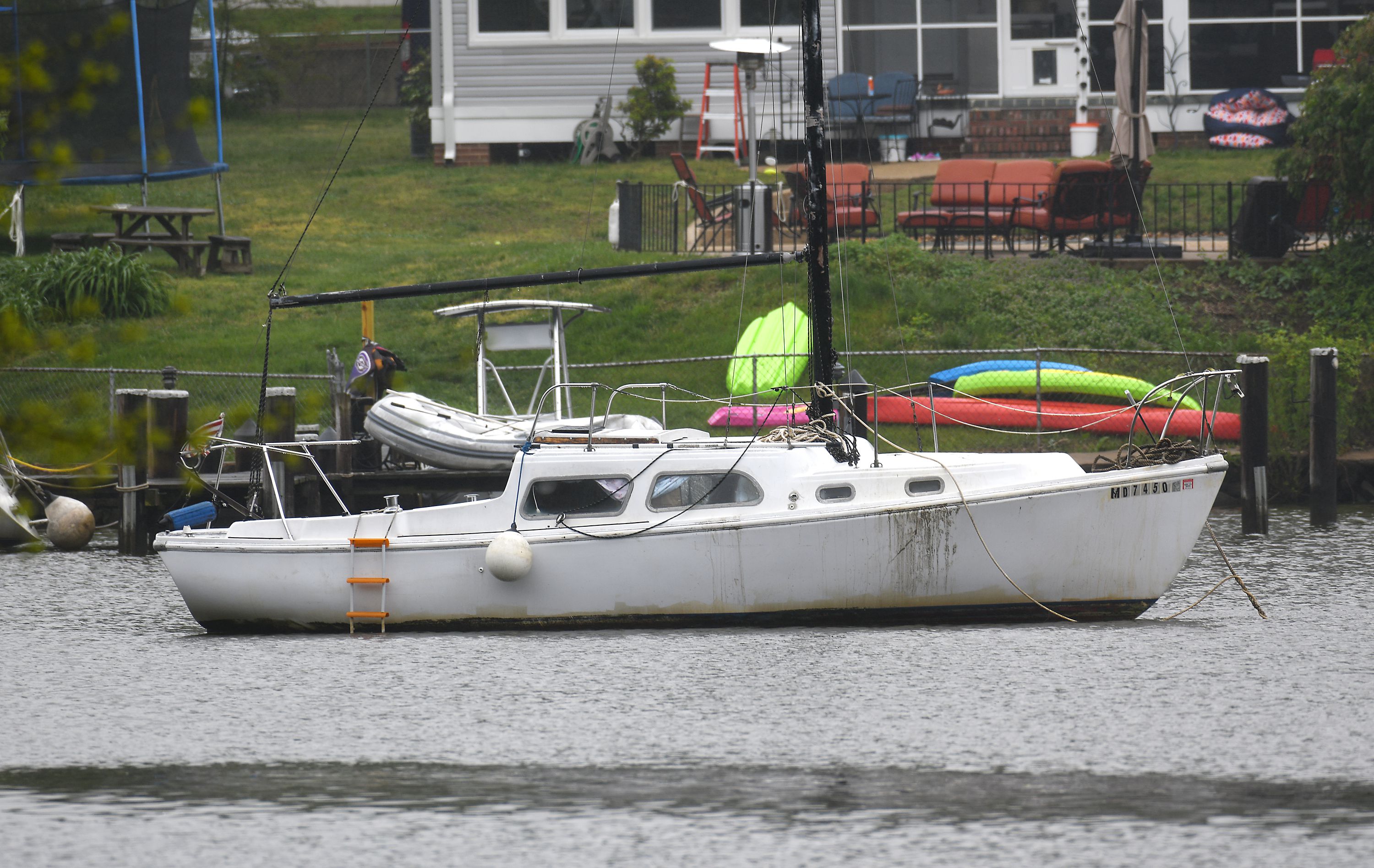 Jurors found an Annapolis woman guilty of misdemeanor vessel abandonment Thursday in Anne Arundel Circuit Court, but she signaled that the case would be going back before a judge.

During the two-day trial, the jury heard evidence related to Angelina Scarton’s weathered 25-foot sailboat, which sat anchored in upper Spa Creek in April 2020. Annapolis Harbormaster Beth Bellis wrote in charging papers that the vessel dragged anchor throughout the harbor over the next several weeks, crashing into the pier of a condominium complex and blocking access to city moorings. Bellis said the boat was also taking on water in the cockpit.

Scarton did not testify at her trial this week, according to court records. The trial before Anne Arundel Circuit Judge Richard R. Trunnell was an appeal of Scarton’s district court case, in which she was found guilty and sentenced earlier this year to 180 days of incarceration, suspended after 30 days.

A portion of the trial touched on disputes between the city’s harbormaster and Scarton in 2020.

In addition to witness testimony, prosecutors presented photos of citations being left on the sailboat. Defense attorney Felipe Gonzales presented sections of an Annapolis Police Department report investigating Scarton’s claim that Bellis had lied on charging papers by backdating citations to support criminal charges. The investigation found no evidence that Bellis had improperly issued the citations.

Reached Friday afternoon, Scarton said the case would be going to trial again, but would not comment further on the matter. She has 10 days to file for a new trial, and she is scheduled to be resentenced Aug. 19.

The misdemeanor case was the last in a string of disputes regarding Scarton’s boats.

In 2019, she was cited by Natural Resources Police after Crazy Girl, a 32-foot Trojan cruiser, sank near Tolly Point and started leaking fuel. The incident, coupled with another sailboat washing ashore on Greenbury Point, inspired Annapolis Sen. Sarah Elfreth to propose legislation making it easier for the Department of Natural Resources to seize abandoned vessels. The bill later became law. Scarton’s 2019 citations were eventually dismissed in court.