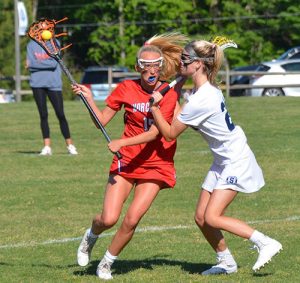 BERLIN- Worcester Prep’s girls’ varsity lacrosse team wrapped up the 2021 season with a 13-6 loss to old rival Saints Peter and Paul in the Eastern Shore Independent Athletic Conference (ESIAC) championship on Monday.It was an up and down season for the Mallards, who started with four straight wins, but then lost five of their… Read more »

Does the COVID vaccine prevent coronavirus transmission? A study at the University of Maryland seeks answer for key pandemic question