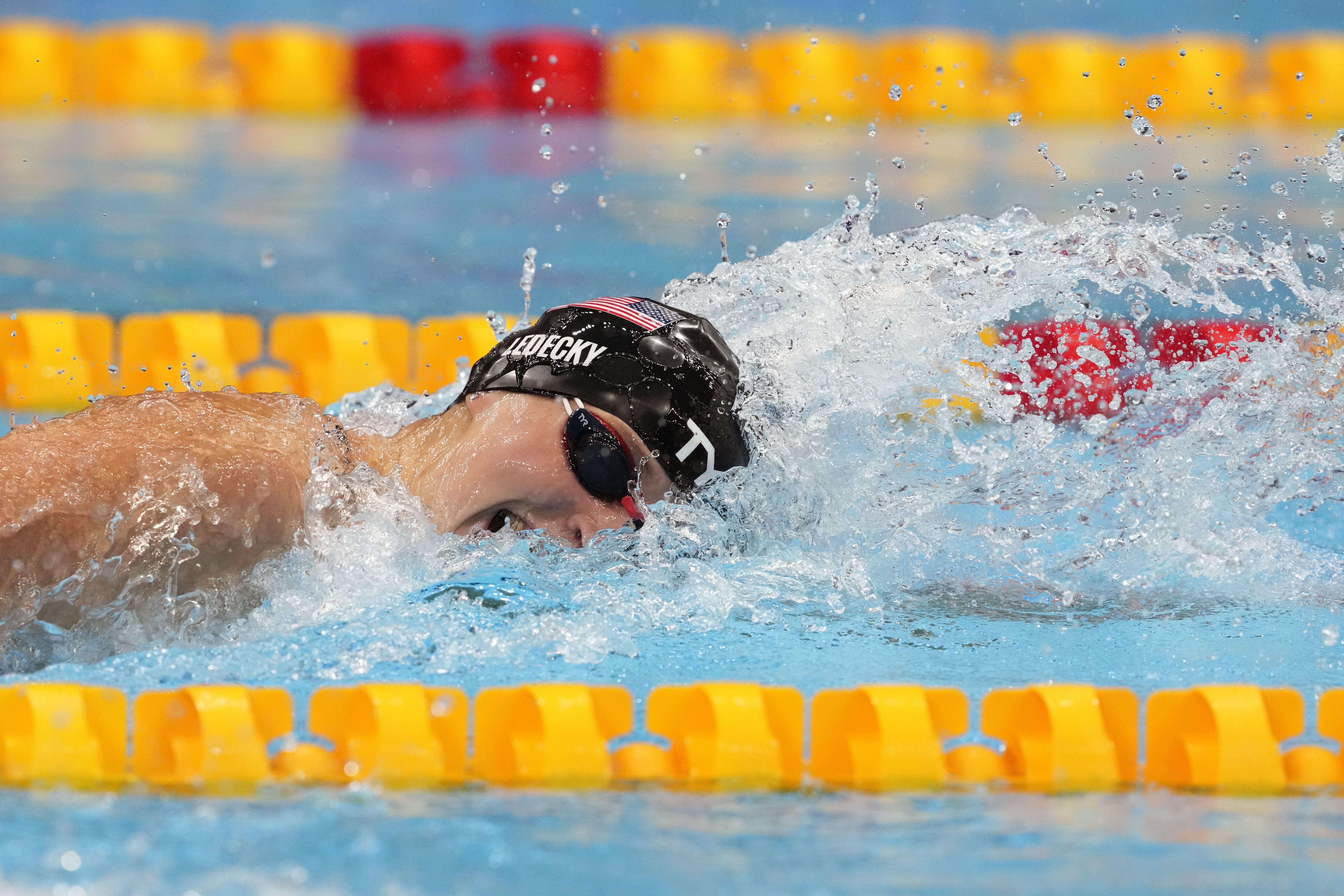 Ledecky, the 24-year-old from Bethesda who also owns 15 world titles, lost to Australian rival Ariarne Titmus in a highly anticipated showdown by .67 of a second. The 20-year-old Titmus swam the second-fastest time in history and touched in 3 minutes, 56.69 seconds to defeat Ledecky, the world record-holder who finished the race in 3:57.36, the fourth-fastest time ever. Titmus trailed most of the race but pulled ahead late.