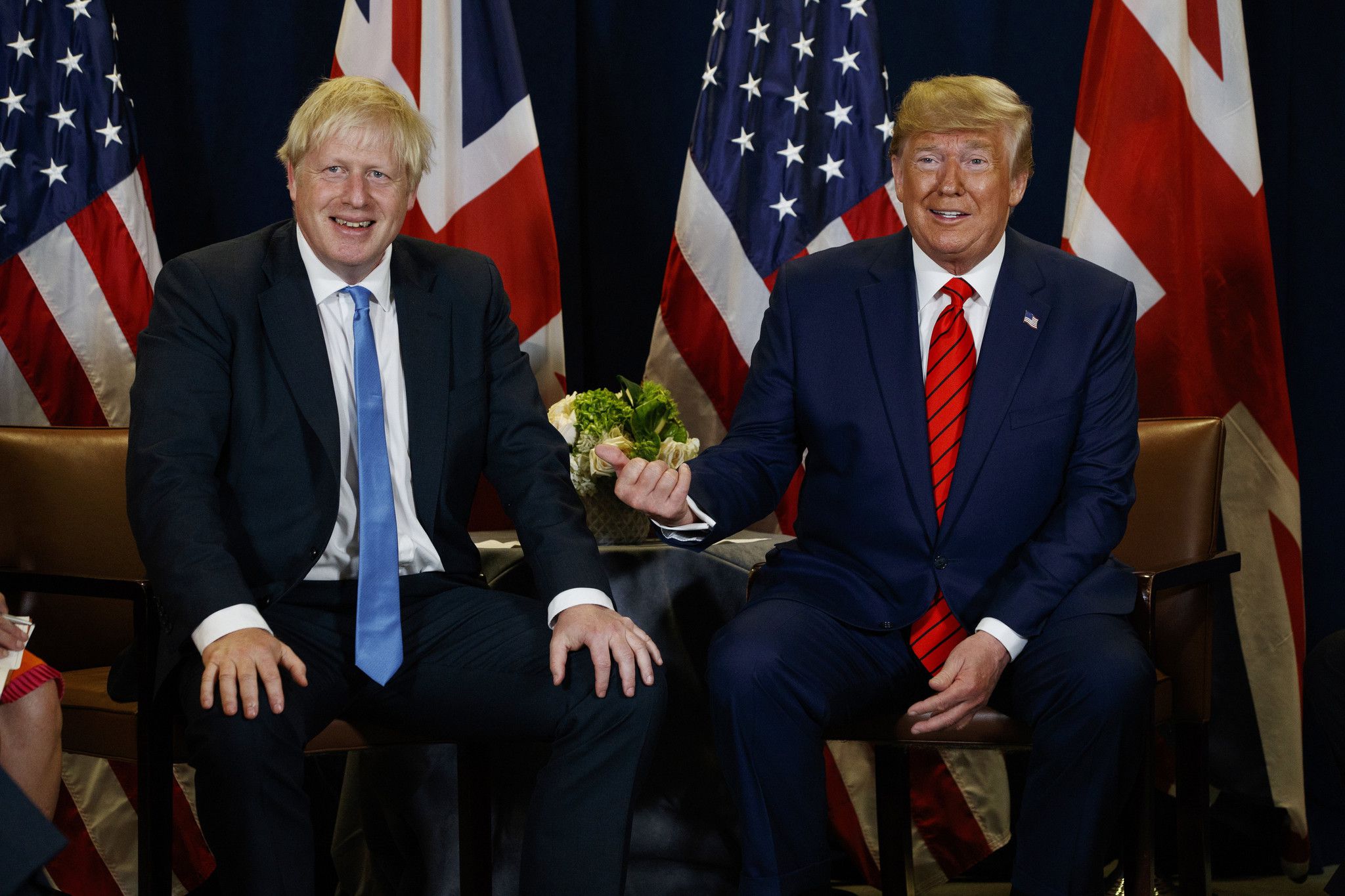 There isn’t much good news in the world these days, so it’s worth taking time to appreciate the delightful implosion of soon-to-be former Prime Minister Boris Johnson.

His 2019 landslide victory against the hapless Jeremy Corbyn of the Labour Party seemed to be ushering in a long period of right-wing dominance. Mr. Johnson, said The Economist, “is well placed to become one of the most powerful prime ministers in modern times.” Less than three years later, undone by scandal, incompetence and the rebellion of his own party, he’s announced plans to step aside once a new conservative leader can be found. There may not be a new general election soon, but if there were, polls suggest that Labour could win a majority.

Last week, I listened to the hosts of left-of-center British podcast “Oh God, What Now?” react, almost in real time, as Mr. Johnson’s Cabinet ministers abandoned him en masse. Their elation was contagious. “This isn’t analysis; this is giggling euphoria!” said journalist Ian Dunt. At least someone’s having fun out there!

For an American liberal, however, the schadenfreude brought by Mr. Johnson’s collapse is mixed with envy. We are watching a still-functioning democracy dispatch its bombastic populist leader because his amorality and narcissistic dishonesty were simply too much.

Mr. Johnson, a nationalist demagogue and mendacious blowhard, has often been compared to Donald Trump, right down to the poufy yellow hair. Their political careers have certain parallels.

The shocking success of the Brexit referendum, the cause Mr. Johnson eventually rode to power, presaged Mr. Trump’s even more shocking presidential victory. Both men created new electoral coalitions by making inroads with disaffected working-class voters. Both were given to cruel anti-immigrant stunts, like the Johnson government’s recent plan to deport asylum-seekers to Rwanda. Both shared a contempt for truth and the norms of their respective governments.

But, of course, Britain and the United States are very different countries, and not just because the U.K. is a parliamentary system, a generally more effective form of government than our own presidential system. British people are still evidently capable of being shocked by officials’ sexual harassment and shameless untruths, even when those officials are on their side. Their country is not heavily armed and does not have a powerful faction that regularly threatens violence. Britain still appears to have some minimal social agreement about acceptable political behavior. Its government is falling apart precisely because its society is not.

Mired as I am in the demoralizing squalor of American politics, I’m jealous of the relative quaintness of the scandal that finally brought Mr. Johnson down: lying about someone else’s sexual misconduct! The end of the Johnson era was precipitated by a member of Parliament named Christopher Pincher, who recently got drunk and groped two men at a private Tory club.

It turns out that Mr. Pincher, whom Mr. Johnson appointed as deputy chief whip in February, had been accused of sexual harassment several times in the past. Mr. Johnson and his allies claimed he hadn’t known about the allegations when he gave Mr. Pincher the job, but he did, even reportedly joking that the lawmaker was “Pincher by name, Pincher by nature.”

Both Mr. Pincher and Mr. Johnson obviously behaved egregiously. The quaint part is the near universal condemnation of their behavior and the widespread acknowledgment that, after years of bullying and dishonesty, Mr. Johnson’s dissembling was the final straw. Imagine having final straws!

I felt similarly wistful contemplating Partygate, the scandal over Mr. Johnson’s secret pandemic socializing that led conservatives to hold a no-confidence vote last month, which the prime minister survived. Occasionally I’ve asked British people if there really was widespread anger at Mr. Johnson or just satisfaction at catching him out. Under Mr. Trump, after all, Americans largely became inured to hypocrisy, even if they still felt the need to denounce it. Everyone I spoke to, though, told me that the outrage was real.

That was partly because Britain’s lockdown was much stricter than ours and applied to the whole country; unlike Mr. Trump’s partying in 2020, Mr. Johnson’s violated rules his government was imposing on others. Still, to be really furious at hypocrisy, you have to have some expectation that people in power will follow the rules. And to be shamed by the revelation of hypocrisy, as the Tories seemed to be, you have to accept that the standards applied to others also apply to you. Another way of saying this is that intolerance of hypocrisy implies a democratic sensibility, in which everyone is at least supposed to be bound by the same strictures.

Mr. Johnson’s career is ending, at least for now, the way Mr. Trump’s should have ended — with public revulsion leading his own party to oust him. Like Mr. Trump, Mr. Johnson initially wanted to cling to power when it was no longer feasible; unlike with Mr. Trump, there was never a prospect of him summoning an armed mob. Watching Mr. Johnson’s fall after living through Mr. Trump is like chasing a slasher film with a cozy mystery. Both may be murder stories, but only one has a reassuring order to it.

Michelle Goldberg (Twitter: @michelleinbklyn) is a columnist for The New York Times, where this piece originally appeared.