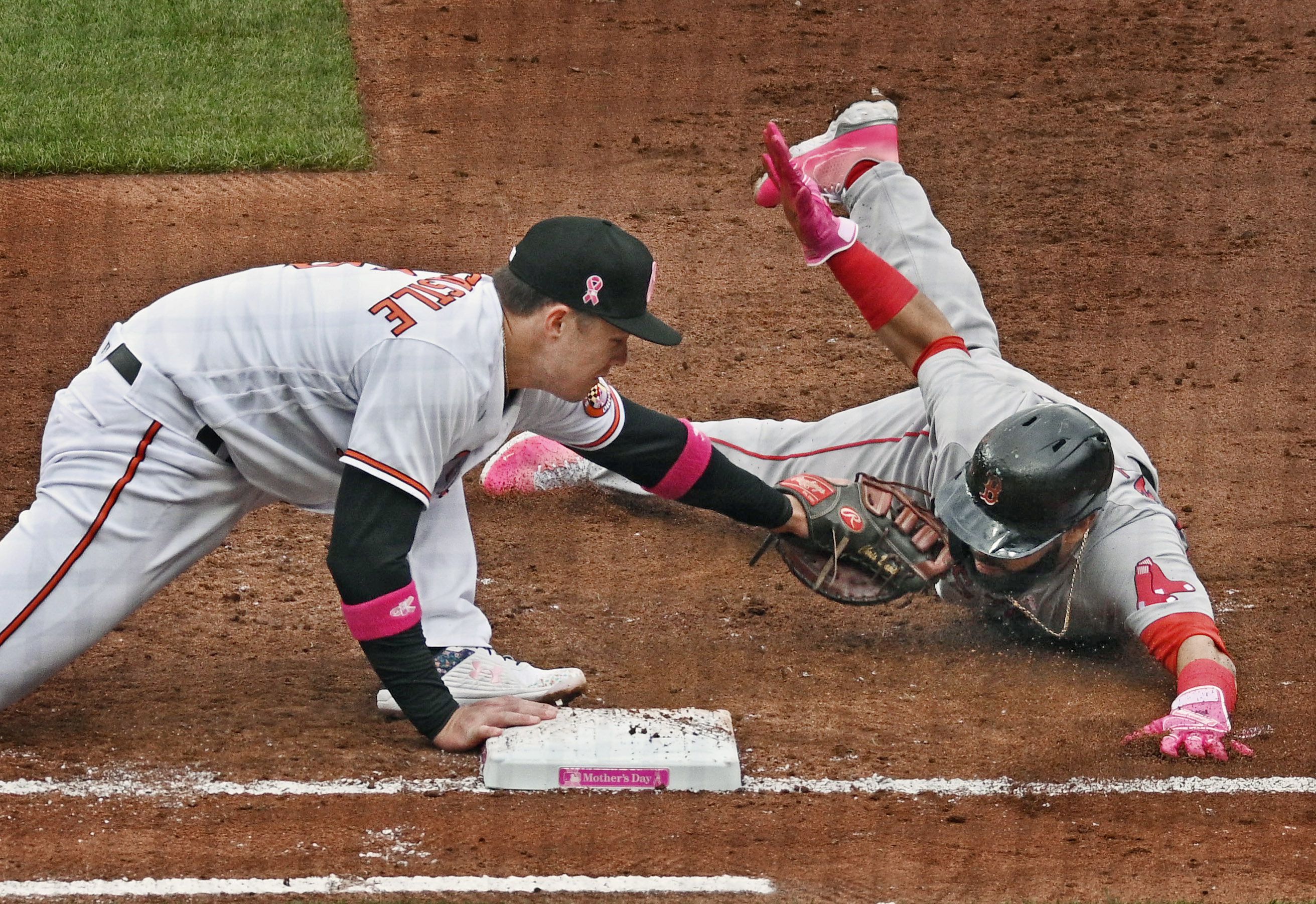 Kremer took the mound for the sixth having thrown 77 pitches, but eight later, there were two Red Sox on base and he was out of the game. Plutko entered, inheriting his 16th and 17th runners of the season, as many as any other pairing of Orioles relievers combined. After Devers doubled to score both, Plutko, who the Orioles acquired late in spring training in a trade with Cleveland, has allowed eight of those inherited runners to score. In his 19 frames, only two runs have scored on his account.