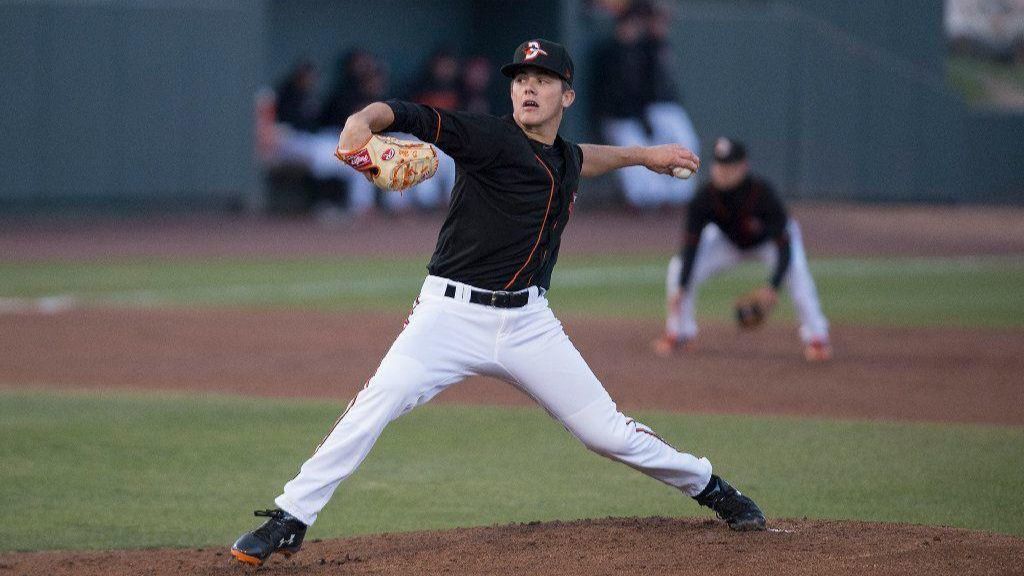 “He’s certainly had a very successful season thus far in Double-A on both sides of ball,” Elias said. “It’s been great to see. I don’t think he would tell you that he is, but he’s not a fully finished product or polished player. All these kids missed a whole year last year. His control of the strike zone has been outstanding, but he’s doing a lot of work with Ryan Fuller, our hitting coach, and Jeff Kunkel, our catching coach there, and just every day, getting better and perfecting things about his swing and his consistency, his mechanics and his approach. He’s also working with the pitching staff there, and they’ve got a really good thing going on, so we do not feel like he’s wasting his time or not getting anything out of Bowie despite the success that he’s had thus far.