Orioles prospect Gunnar Henderson dominated in Delmarva. Now, he’s embracing the challenge of figuring it out in Aberdeen. 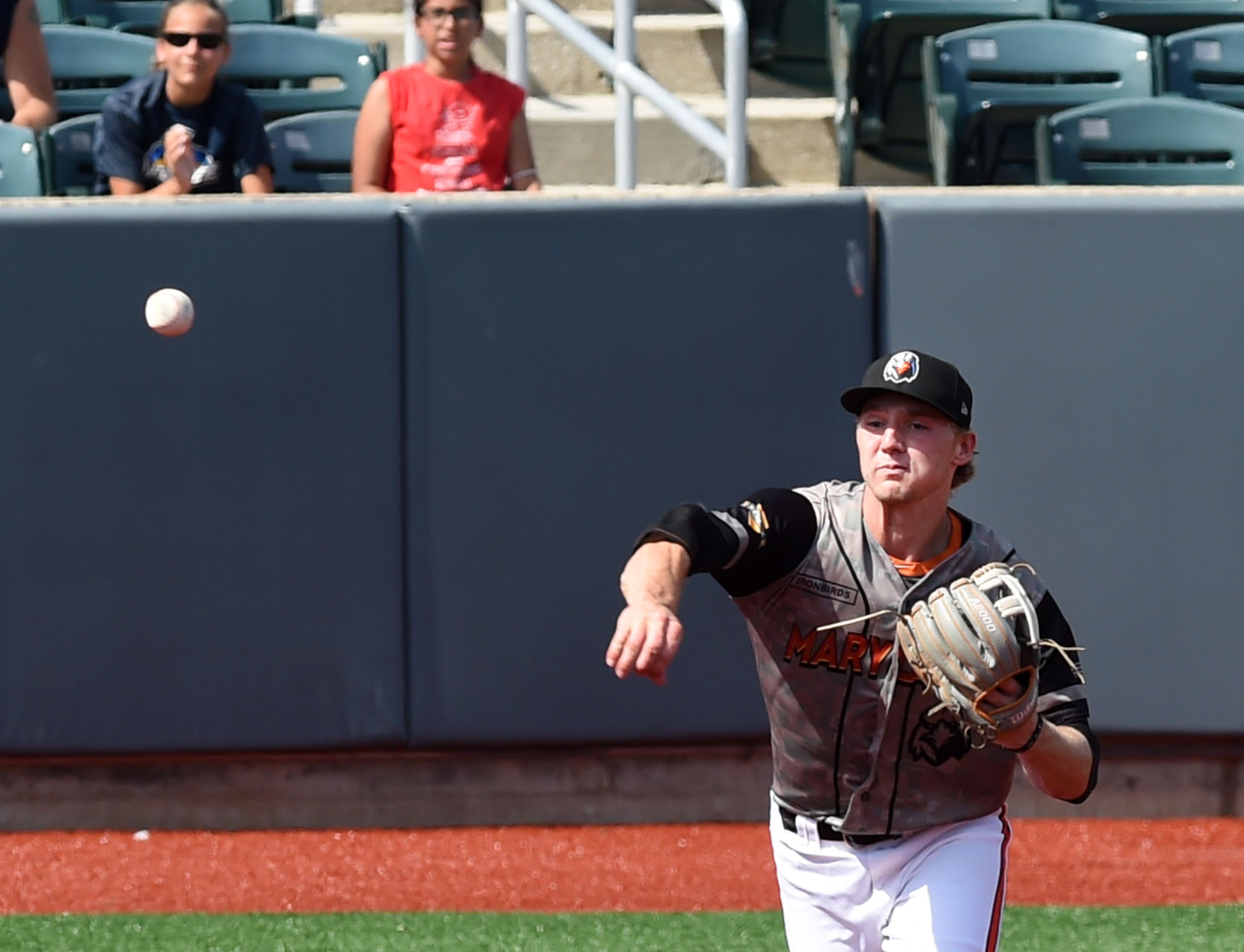 Gunnar Henderson waits on deck during an Aberdeen game against Rome at Ripken Stadium on June 22. Henderson, the 42nd overall pick in the 2019 MLB draft, was a revelation at Low-A Delmarva to begin the season, batting .312 with a .944 OPS and eight home runs in 35 games before his promotion. However, he went hitless in his first seven games at Aberdeen. (Matt Button / The Aegis/Baltimore Sun Media)