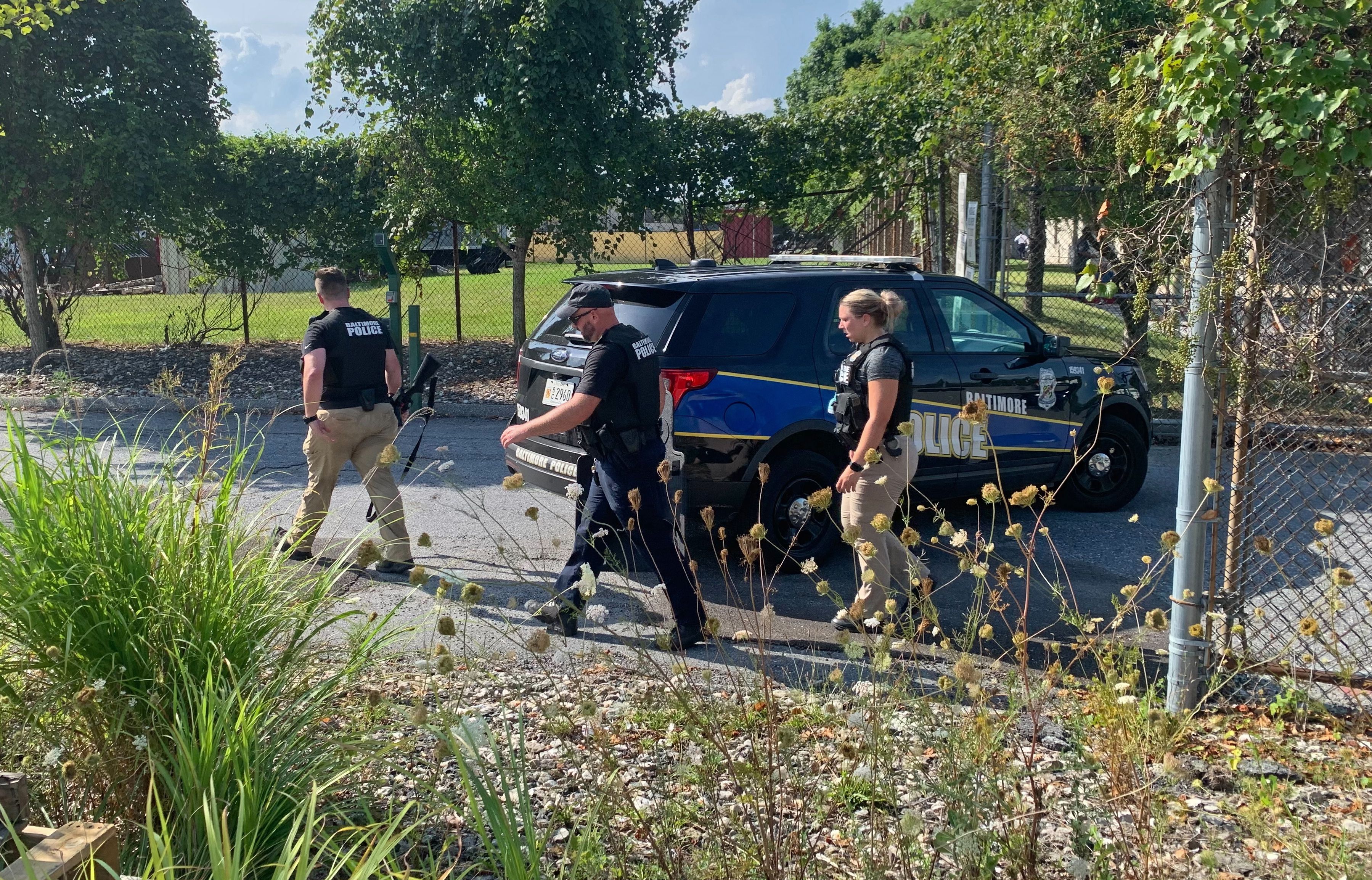 Baltimore Police officers responded to a shooting in an industrial area in Southwest Baltimore Friday afternoon.

The shooting took place in the 1200 block of Bernard Drive in the Wilhelm Park neighborhood, close to Carroll Park, but the extent of any injuries were not immediately known, said a spokesman for the police department.

Friday afternoon, police cars and ambulances clustered around a group of warehouses on the block, including that of MPI Label Systems, which prints custom labels for food, beverages and other products, according to its website. Police with riot shields and long guns could be seen leaving the business around 4:45 pm. Several employees were sitting in the parking lot, waiting for the driveway to open so they could go home.

”Those weren’t normal sounds for what goes on here,” she said.

Burns said she spoke with the victim and that he walked out of the building under his own power.

”It’s way too close to home,” she said of the shooting.