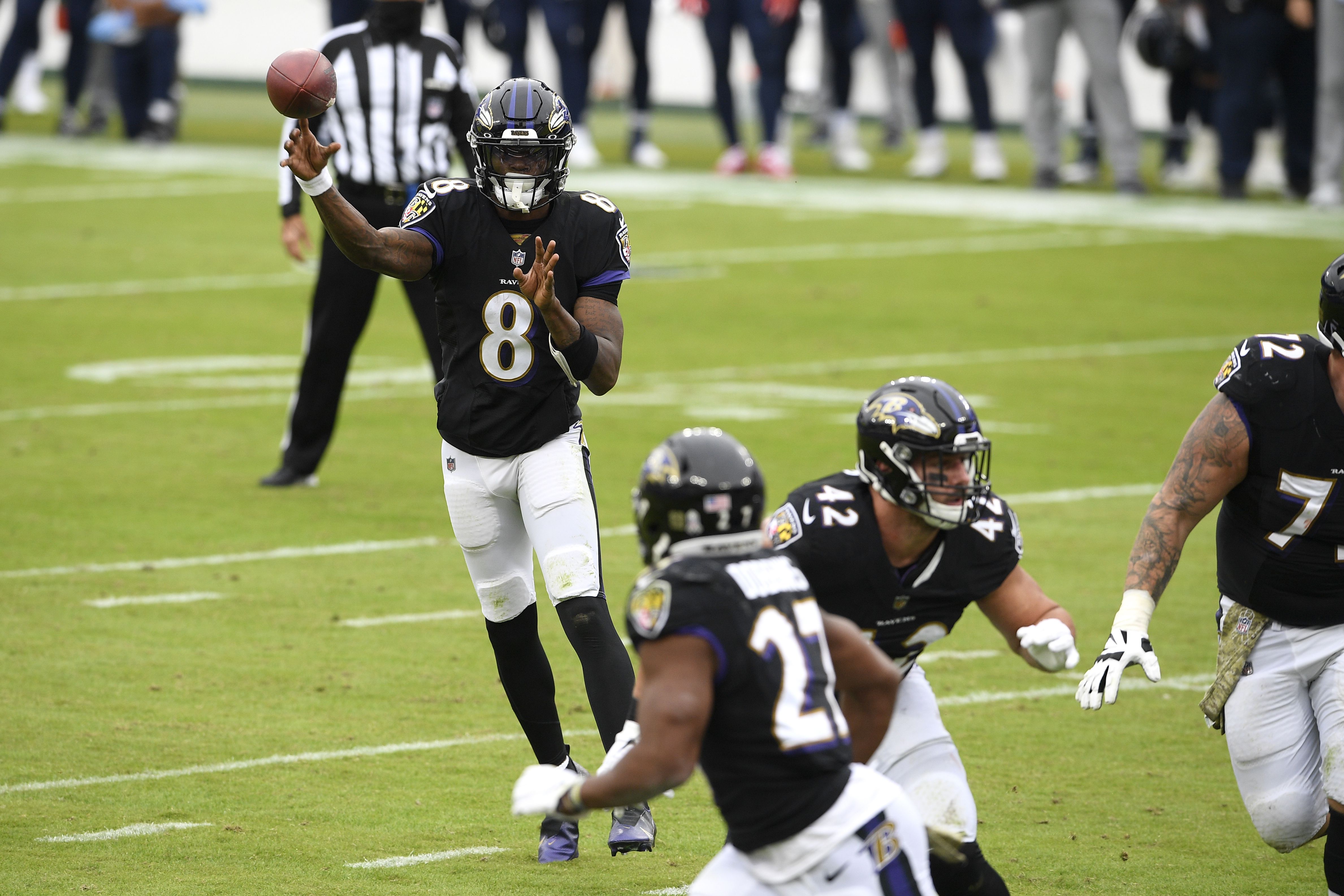 Dobbins finished the loss with three catches on five targets for 51 yards, second most on the team, but the Ravens missed opportunities for more. Edwards and Dobbins were open in the flat on what became two minimal Jackson scrambles. On two sacks, Dobbins was available for check-downs. On a second-and-14 play late in the second quarter, Jackson overlooked Dobbins, wide open along the right sideline, to target tight end Mark Andrews, wide open but 10 yards farther downfield, despite pressure in his face. Jackson’s throw landed short of Andrews, and the Ravens punted two plays later.