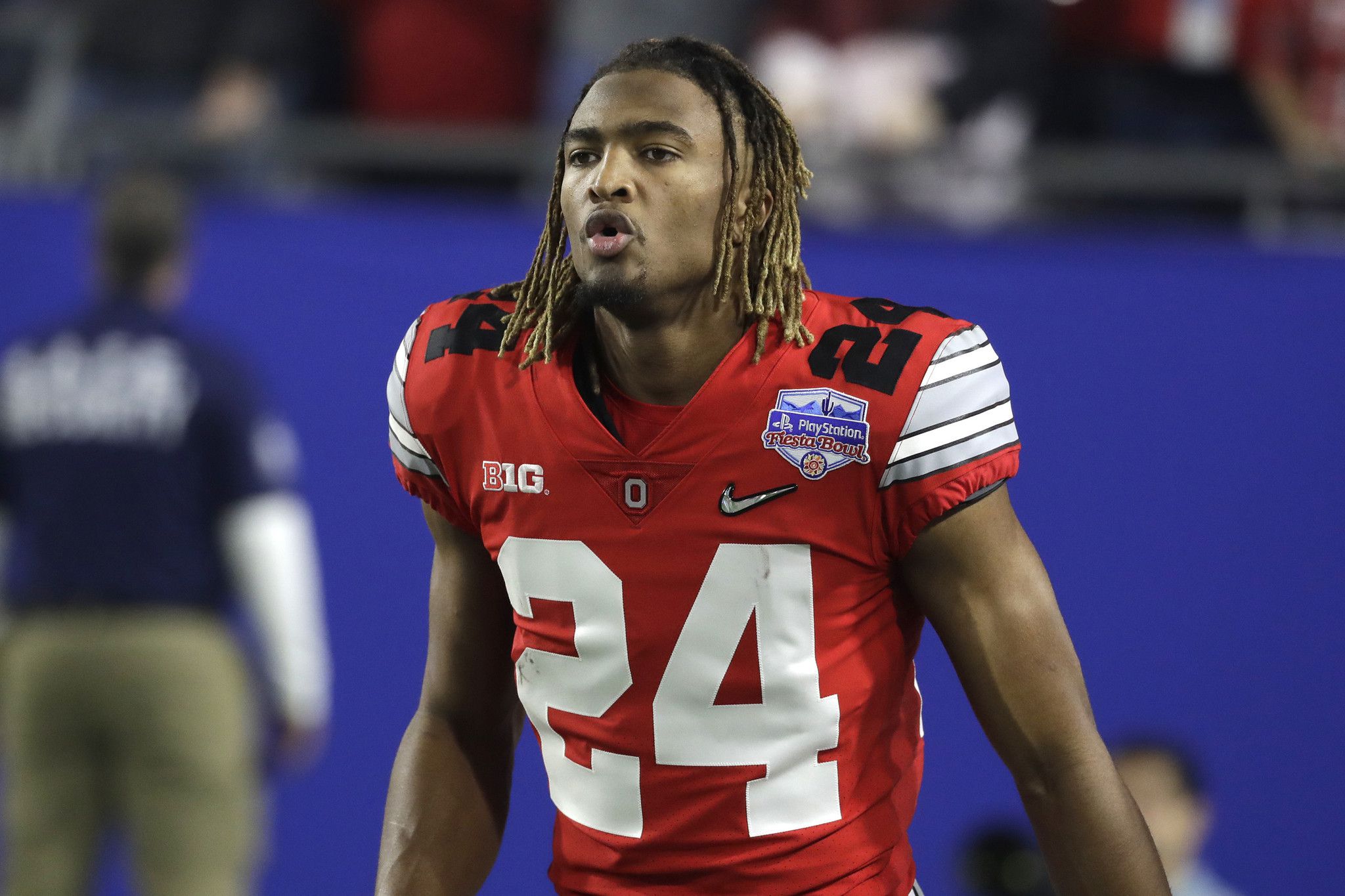 FILE – Ohio State cornerback Shaun Wade (24) is shown during the first half of the Fiesta Bowl NCAA college football game against Clemson, Saturday, Dec. 28, 2019, in Glendale, Ariz. Ohio State stars Shaun Wade and Wyatt Davis got tired of waiting for a decision on the football season and chose to opt out and begin preparing for the NFL draft. Wade, a preseason All-American and likely first-round pick in the 2021 draft, announced his decision Monday, Sept. 14, 2020, on Twitter, saying the Big Ten waited too long to decide what to do about playing.(AP Photo/Rick Scuteri, File). (Rick Scuteri / AP)