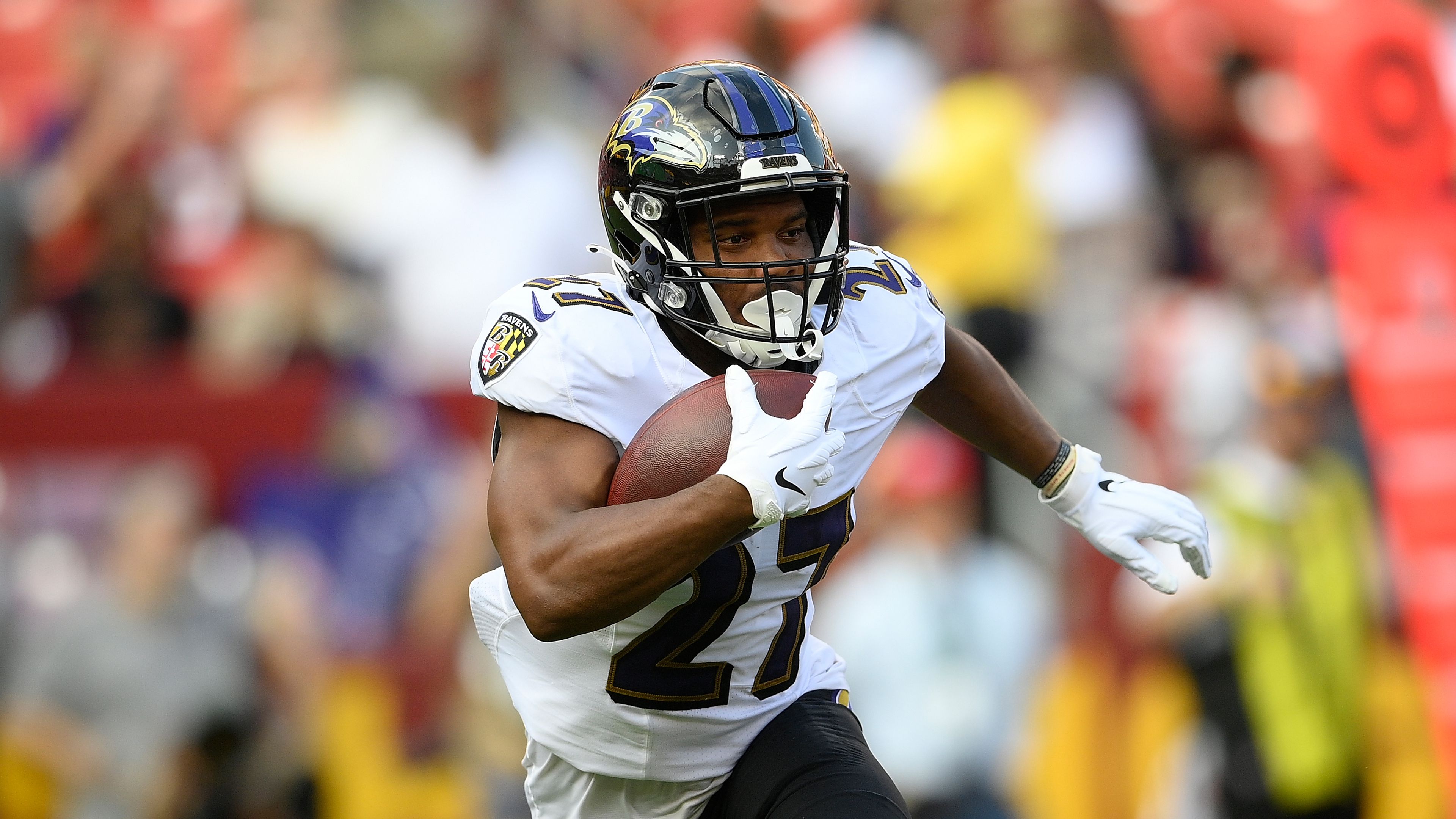 Ravens running back J.K. Dobbins has mostly kept quiet during his extensive rehabilitation from a season-ending knee injury, rarely tweeting and sharing little of his recovery.

On Monday, though, he offered an update — and a timetable. Responding to an NFL Network report that the third-year veteran was “no sure thing” to be ready for Week 1, Dobbins tweeted that his rehab was going so well that he might not even start training camp next week on the physically-unable-to-perform list.

He added: “And I’m damn sure going to be ready for week 1.” In a subsequent tweet, Dobbins wrote: “Just know I been working… I been quiet for a reason. I thrive best when I face adversity….go check my resume.”

Okay I’m tired of being quiet… come to me for your source @RapSheet because I might not even go on PUP because that’s how good my rehab is going and I’m damn sure going to be ready for week 1. https://t.co/gH2TqCFLM4

Dobbins, who led all NFL running backs in yards per carry as a rookie, missed all of last season after tearing his left ACL in the Ravens’ preseason finale. He also reportedly suffered other structural damage to the knee. Dobbins has been rehabbing at the team facility over the offseason, and watched some of the Ravens’ organized team activities from the sideline. He even caught passes from a Jugs machine.

Coach John Harbaugh joked at mandatory minicamp last month that if “you talk to J.K., he’s the starting running back today, [and] he should have been practicing today. But he’s got work to do still.” So does running back Gus Edwards, Harbaugh added, who’s also recovering from a torn ACL. Harbaugh said both are “doing great.”

“I would post videos,” Dobbins tweeted Monday, “but I want all you fake a** doctors and people who have never spoken a word to me to see what me and Jesus been up to on the biggest stage.”