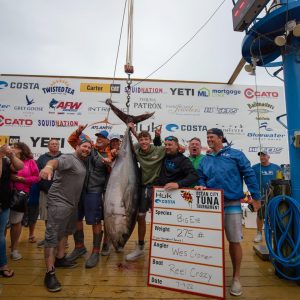 OCEAN CITY- The 35th Annual Ocean City Tuna Tournament was memorable for a lot of reasons including a new tournament record 275-pound bigeye caught by the crew on the Reel Crazy.The tournament officially got underway with the first of three fishing days last Friday and there was no shortage of action at the scale at… Read more »

Things to do in Baltimore July 15-21 – Baltimore Sun