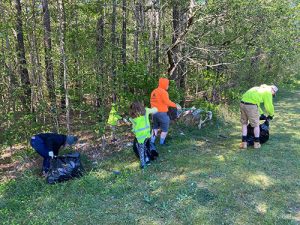 BERLIN – Two local residents are trying to inspire the public with a new cleanup effort.Area residents Andy Blizzard and Andrew Duley launched Restore the Shore in February. Restore the Shore and its volunteers have now removed hundreds of bags of trash from local roads.“There’s no way one group can clean up all the roads,”… Read more »