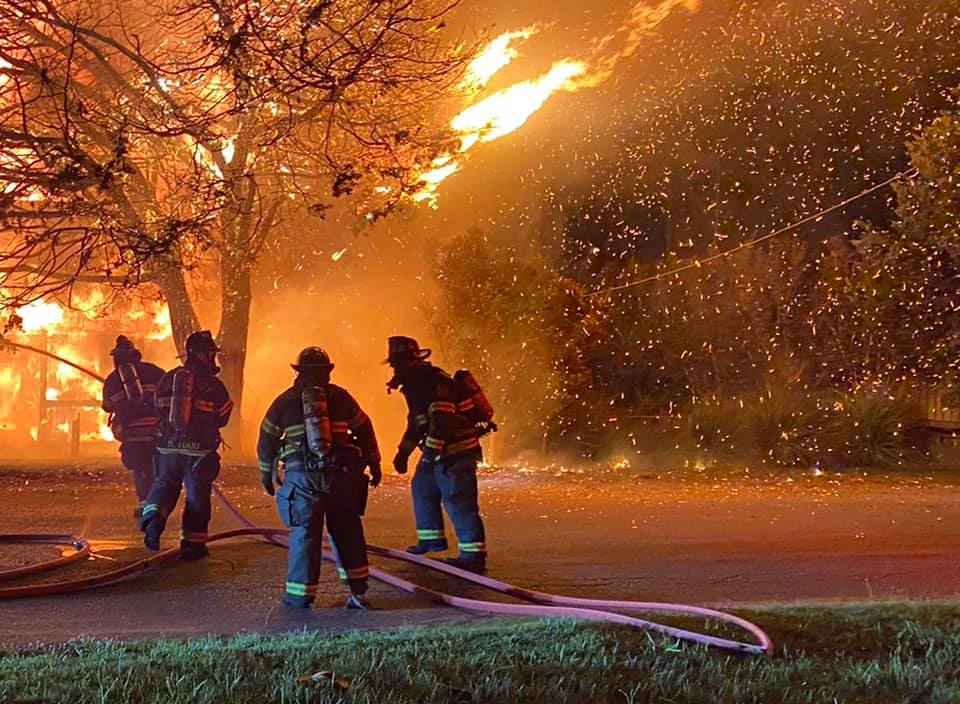 The Ocean City 911 Center alerted the Ocean City Fire Department at about 1:53 a.m. to a building fire in the 12000 Block of South Harbor Road in West Ocean City, according to a Facebook post from the department.

Deputy Fire Chief Moe Cropper arrived to find fire showing from a single-story home and large attached garage. The fire department said its members began working to extinguish the blaze and protect other nearby structures.

While battling the fire, two firefighters sustained injuries that sent them to hospitals.

One suffered a shoulder injury and was taken to Atlantic General Hospital, while a Maryland State Police helicopter took the other to a local trauma center to be treated for burns and smoke inhalation. The department said the injuries were not life threatening.

As of a 4:33 a.m. update from the department, fire units were still on scene. The Worcester County Fire Marshal’s Office is investigating the cause of the blaze.