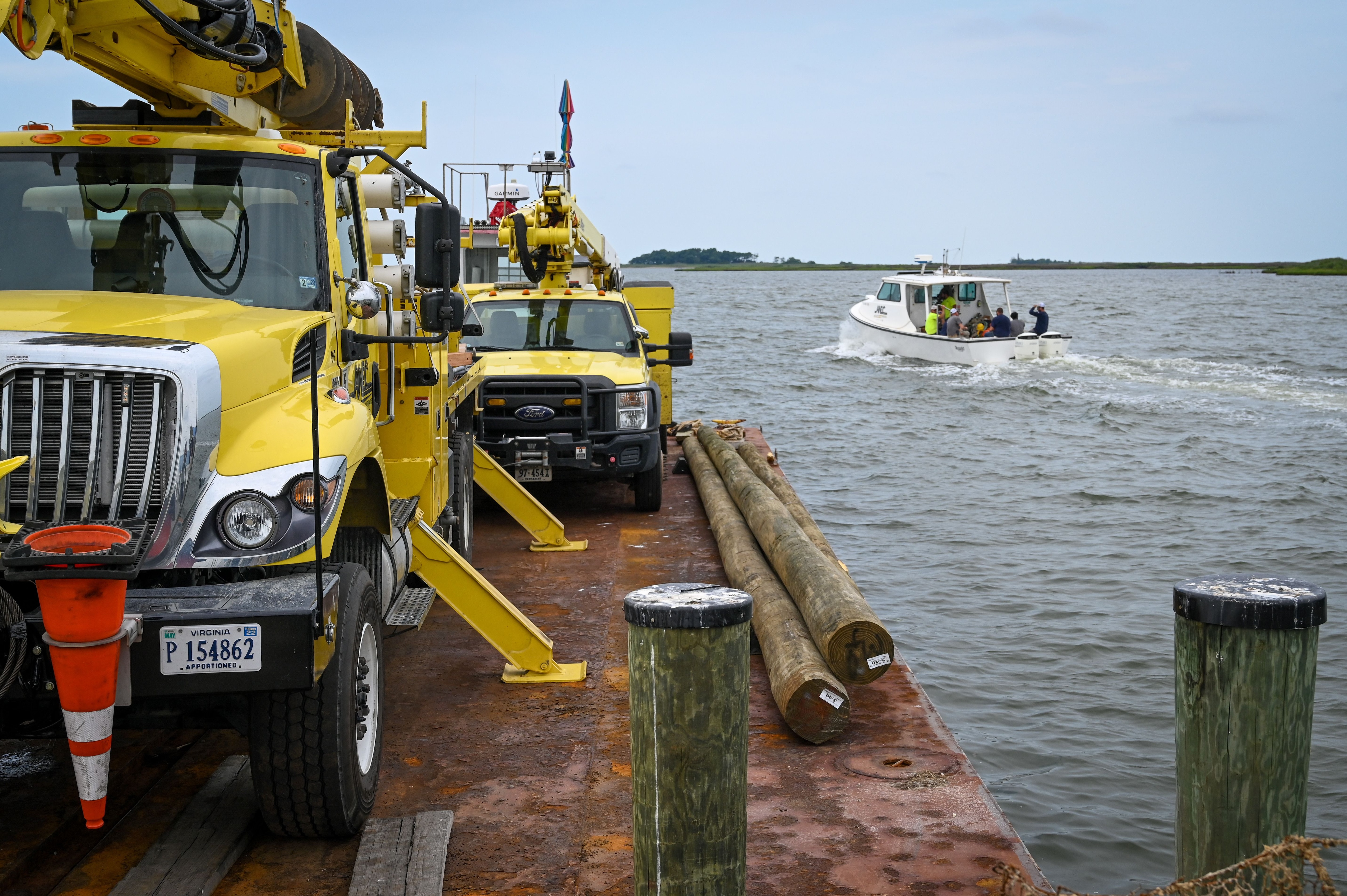 A waterspout tornado that spun out of Thursday evening’s severe storms devastated a corner of Maryland’s Smith Island, the isolated Chesapeake Bay community that already had persistent erosion and a struggling seafood industry to worry about.

Video captured on the island showed islanders watching in fear and shouting, “Oh, no!” as a waterspout swept onto shore from the bay, tearing off the roof of a bed-and-breakfast and a home and destroying a trailer and a crab shanty, a simple waterside structure used by watermen.

The damage occurred in Rhodes Point, the westernmost of three Smith Island communities and the one most exposed to pounding Chesapeake winds and waters, and in Ewell, on the north end where ferries run regularly to and from Crisfield on the mainland.

Somerset County Sheriff’s Office Chief Deputy Paul Keplinger said there was one report of an injured person transported from the island in the wake of the tornado.

Some parts of the island remained without power Friday morning because of damage to power poles and transformers, said Everett Landon, pastor of Calvary United Methodist Church on the island. By 11 a.m., a ferry with three trucks and four poles departed Crisfield for Smith Island in an effort to restore power to about 50 customers on the island of about 260 residents.

A barge loaded with A&N Electric Cooperative trucks heads to Smith Island after a storm Thursday evening damaged several homes and knocked out power for much of the island. (Jerry Jackson/Baltimore Sun)

An online fundraiser to repair and rebuild the damage had already collected more than $32,000 by late Friday morning.

The National Weather Service said the waterspout came ashore about 7:22 p.m., and continued to track eastward toward the mainland, even spotted later north of Crisfield, said Jeff Orrock, meteorologist in charge at the weather service’s Wakefield, Virginia, forecast office.

Waterspouts can occur in fair weather and are considered more common and less dangerous, though they can still cause damage; “tornadic” waterspouts, on the other hand, are essentially tornadoes that form over water, and are associated with severe storms.

Waterspouts occur relatively frequently on the water, Orrock said, but rarely spin up into anything serious or long-lived.

“This one was pretty significant,” he said. “This was a true tornado over water.”

Meteorologists estimate it ranked EF-1 on the Enhanced Fujita scale, with winds of between 73 and 112 mph.

There was little indication of any threat of a tornado, given meteorological conditions. Wind gusts up to 50 mph had been reported nearby, and the weather service had issued a marine warning advising of dangerous winds on the bay. But the tornado likely formed too low in the atmosphere to have been anticipated or picked up on radar, Orrock said.

Of waterspouts, Landon said: “They’ll destroy one home and leave another untouched.”

Smith Island is the last inhabited island in Maryland’s share of the Chesapeake, about five miles north of Virginia’s Tangier Island. Because of decades of sea level rise and erosion, it is actually an archipelago of islands consisting of three main communities: Ewell, Rhodes Point and Tylerton.

Now, the island is perhaps best known for its signature layer cake with a chocolate fudge frosting. It was named the official state dessert in 2008. Along with neighbors on Tangier to the south, Smith Islanders are also known for speaking in a unique pattern and dialect likened to Old English.

It was first charted by Captain John Smith in the 1600s and named for early landowner Henry Smith.

Once a thriving bay community of as many as 800 people in the early 1900s, economic forces have reduced its population just as wind and waves have shrunk its footprint in the Chesapeake.

Giant waterspout shocks family as it spins ashore in Maryland