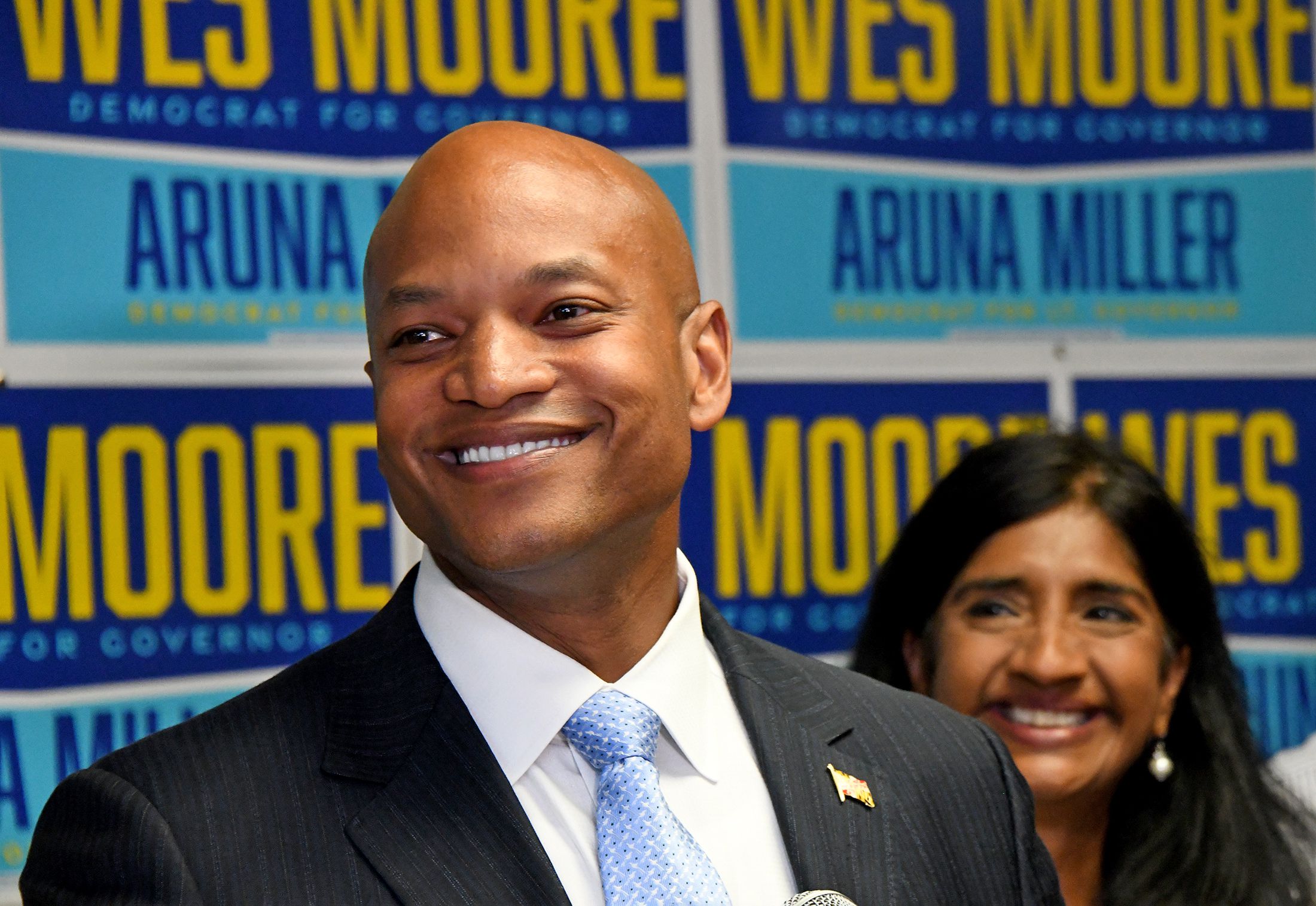 Bestselling author and nonprofit leader Wes Moore could hardly have written a more compelling plot line for his victory in the Maryland Democratic primary for governor. Thirteen months ago, when Mr. Moore declared his candidacy, he was the political outsider in a state where voters have often preferred government experience. And among his opponents were: a former state attorney general (Doug Gansler), the state’s current comptroller (Peter Franchot), a former chair of the Democratic National Committee and former U.S. labor secretary (Tom Perez), a former county executive (Rushern Baker III), and a former U.S. Department of Education secretary (John King Jr.).

Polling also suggested that the race was Mr. Franchot’s to lose, and union endorsements fell to Mr. Perez, who had strong backing in Maryland’s most populous county, as well, where he served on the Montgomery County Council.

Fairly early in the campaign, Mr. Moore, 43, was criticized for supposedly overstating his ties to Baltimore, by not correcting journalists who said he was born here (he wasn’t, though he spent time here while growing up) and calling it “coming home” when moving his family to the city as an adult. Some also pointed to a mistake by his publisher on the cover of some versions of his book “The Other Wes Moore,” claiming the candidate was born in Baltimore (this error Mr. Moore did ask to have corrected, and the book itself makes his history clear). A different candidate might have been defined by the efforts to undermine his credibility. Mr. Moore was not. Nor was he distracted. He kept his focus as a candidate of ideas — about addressing inequalities, about creating opportunities, about improving educational outcomes for all.

There are any number of reasons, in addition to his platform, why Mr. Moore and his running mate, former Montgomery County Del. Aruna Miller, were able to declare victory Saturday. He earned roughly 33% of the still-unofficial vote to Mr. Perez’s 29% and Mr. Franchot’s 22%, with the rest divided among the other nine teams of candidates on the ballot — including Mr. Baker, whose name remained on the ballot despite dropping out of the race in June.

Fierce opposition to Mr. Franchot among Democratic insiders surely made a difference, as did a boost for Mr. Moore from Oprah Winfrey, who appeared in an ad for the candidate and called him “the type of transformational leader that these times demand.” But at some level, the outcome is due to more conventional terms. While the tireless Mr. Moore may have been an outsider in appearance, he ran the race like a consummate insider, raising more funds than his opponents and building a veritable army of volunteers in Democratic machine-like fashion, thanks to help from electioneering veterans like Prince George’s County Executive Angela D. Alsobrooks and House Speaker Adrienne A. Jones.

Just look at the county-by-county breakdown of votes: Mr. Moore’s victory was broad and, in some cases, surprisingly deep. He won Prince George’s County and Baltimore City handily but also came out on top in jurisdictions as far from his Baltimore base as Charles County in Southern Maryland and Talbot County on the Eastern Shore. He even won over suburbanites in Baltimore County, despite County Executive John Olszewski’s backing of Mr. Perez.

The Johns Hopkins University graduate and former Rhodes scholar was energetic, effective on the stump, hopeful and forward-looking. But there’s another weapon in the Moore arsenal that might have gotten overlooked: his wife. Dawn Moore actually has more experience in state politics than her husband with connections to John T. Willis, the political strategist often credited with getting Parris Glendening elected governor twice and former Lt. Gov. Kathleen Kennedy Townsend, having worked on her unsuccessful gubernatorial campaign in 2002. Democratic insiders say she helped connect Mr. Moore to key movers and shakers in their party well before his candidacy was even declared.

Mr. Moore will now face quite a different outlook. From this week forward, he’ll be considered the overwhelming favorite to win on Nov. 8, if only because the GOP nominee is a far-right candidate endorsed by Donald Trump, whom Maryland voters have largely rejected (along with third-party candidates, several of whom will be on the ballot this fall). While it may be too early for Mr. Moore to be measuring for new drapes in Government House, it will now take a serious twist (like a natural disaster keeping liberals and moderates from the polls) to produce a different final chapter.